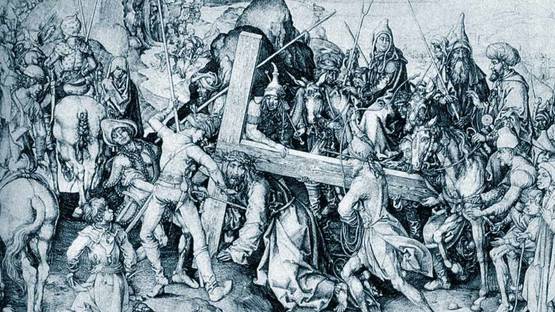 Martin Schongauer was a German engraver and painter of the 15th-century, considered as the most important German printmaker before Albrecht Dürer. Also known as Bel Martino or Martino d'Anversa, his beautiful engravings were sold not only in Germany but also in Italy, England, and Spain.

Featured image: Martin Schongauer - The Carrying of the Cross, via ArtBible