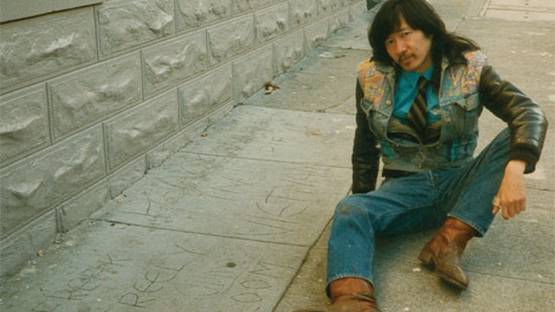 Martin Wong was born in Portland, Ore., in 1946 and grew up in San Francisco, where his parents worked for Standard Oil and the Bechtel Corporation. He received a degree in ceramics from Humboldt State University in Arcata, Calif., and joined the Angels of Light, a mystically oriented gay street performance troupe in San Francisco.

At 30 Wong decided to become a painter and, not wanting to return to school, began an arduous process of self-education.

Wong arrived in New York in 1978, settling into an apartment on the Lower East Side and supporting himself with a job in the bookstore of the Metropolitan Museum of Art. He first exhibited his work in 1981 at ABC No Rio on Rivington Street on the Lower East Side in an exhibition organized by Colab, an artists' group known for its impromptu ''first come, first hung'' shows, which were open to anyone while space lasted.

At the opening Wong met  Miguel Pinero, the poet and prize-winning playwright of ''Short Eyes'' and a well-known figure on the Lower East Side.

For the next few years Mr. Pinero was Mr. Wong's close friend and mentor, introducing him to the underbelly of the local art, poetry and drug scenes and providing entree to the local Hispanic community that figures so prominently in his paintings of the 80's. Mr. Wong made many portraits of Mr. Pinero, based several paintings on his prison experiences (the inspiration for ''Short Eyes'') and incorporated poems by Mr. Pinero into several paintings, which he considered collaborations. Mr. Pinero died in 1988.

Martin Wong, a painter whose meticulous visionary realism is among the lasting legacies of New York's East Village art scene of the 1980's and a precursor of the identity-driven work of the 90's, died 1999 at his parents' home in San Francisco. He was 53 and had lived in San Francisco since 1994.