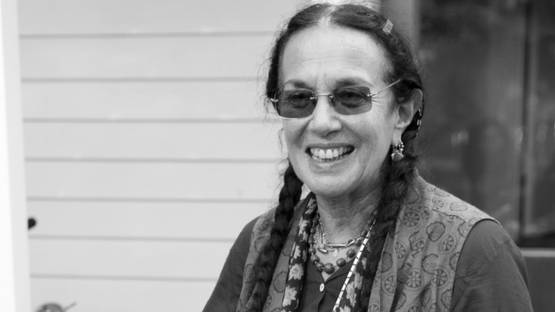 On the very beginning of her career, documentary photographer Mary Ellen Mark knew that she wants to travel to distant countries and explore the lives and cultures of different people. Her research work lasted for over four decades resulting with the incredible testimonies that reflect a high degree of humanism. Her work compound humor, horror and joy of life, never shrinking from difficult subject matters as prostitution, mental illness or runaway children. Focusing on the stories of the people who live on the edges of society, of the crucial importance was her attitude and self-confidence which enabled a deep connection with her subjects.

The First Book and Moving to New York

Mark earned her bachelor's degree in painting and art history and master's in photojournalism at the University of Pennsylvania's Annenberg School of Communications, after which has been awarded with a scholarship to photograph in Turkey. She spent the next two years traveling Greece, Italy, Spain, Germany and England collecting experience that provided the subject matter for her first book Passport, published in 1974. After she had returned to the United States, she moved to New York, photographing documents around town. Always inspired by the people who didn't fit into the social frames, her projects explored the subjects of transvestite culture, feminist movements, anti-war demonstrations and burlesque comedians. That was when her direction of movements away from the mainstream became clear.

Her first book "Passport" has been published in 1974

From Movie Sets to the Oregon State Mental Hospital

She achieved the worldwide fame through her publications at magazines as LIFE, New York Times, The New Yorker, Rolling Stone and Vanity Fair. Realizing that her work should be a combination of portraiture and reportage, she signed the contracts for shooting production stills on the sets of Hollywood films. But she succeeded to use this commercial job as an entry ticket for an accomplishment of her true passion. Working for a Milos Forman's One Flew Over the Cuckoo's Nest which was shot on the location at the Oregon State Mental Hospital, Mark developed the relationship with the women patients, living the next two months in this institution with maximum security. As the result, in 1979, Castelli Graphics in New York presented her Ward 81, dramatic representation of humans in extreme conditions. With the non-political or scientific approach, but strongly personal reason with the aim to show the personalities of this women, she gained their trust and the Ward 81 became a landmark in the development of her empathetic but unsentimental style.

Mark realized that her pictures should be a combination of two things: portraiture and reportage

Mark visited India for many times, but the most important were her trip in late 1978 when she made the photographs for the book Falkland Road: Prostitutes of Bombay, published in 1981. In this street of India capital, in four or five-story houses live the prostitutes, some of them at the age of 11. With the acceptance of some street girls who didn't work for the madams and transvestite prostitutes, she made friend with many of them. Those color photographs are in many ways different from her previous black and white, and not only by color. Showing the atmosphere both in brothels and on the streets, these photographs manage the issues of culture, leaving the personalities of the subject behind.

She traveled to India for many times

Awards and Legacy of Prominent Photographer

In her more than 40 years long career, Mark has proceeded the numerous topics with the socially unacceptable subjects. She has published eighteen books and her photographs have been exhibited worldwide. A devotee of film photography, she never really converted to digital. In 2014, she received the reward for a Lifetime Achievement in Photography from the George Eastman House and the Outstanding Contribution Photography Award from the World Photography Organization. Mary Ellen Mark died on May 25, 2015, in New York, at the age of 75, from the myelodysplastic syndrome. She achieved worldwide visibility through her work and unselfishly passed her knowledge to the students. Her photo essay on runaway children in Seattle was an inspiration for the film Streetwise, directed by her husband, Martin Bell.