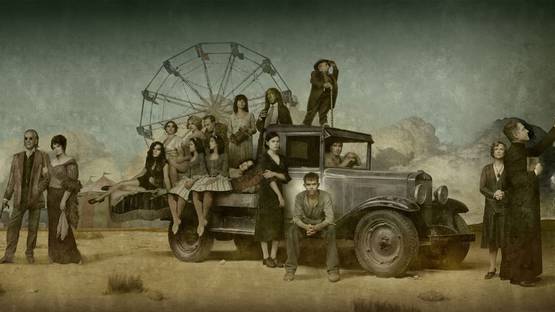 Matt Mahurin captures the world through the photographic lens, but he is also looking at the world with truth-finding eyes. Being a multitalented artist, he works with many mediums but manages to stay on the one theme. His theme is the personal impression, how the world looks like in Mahurin's eyes and what is reflected in his mind. Photographer, film director and illustrator, this artist is also a professional and expert user of Photoshop, and his photo manipulations leave viewers in awe. He is a favorite of many, and his name is associated with famous musicians, famous magazines, and museums, but also world trending topic he is quite often giving his opinion on.

From Imagination to Inspiration

Mahurin started out as a painter, then illustrator, and finally he had switched to photography full time. He was working alone in his studio before turning to photojournalism. The shift in medium also resulted in the change of the working process and the subject of his art. While he was painting and doing illustrations he was using his own imagination as the inspiration when it came to photographing the real world, he was suddenly surrounded by objects and the events he was not just inspired by, he was shocked by them. Unable to change the cause of the events he was using his photographs to express a genuine and uncensored opinion he developed. He does political and social photography, music videos, feature-length films, and illustration.

Mahurin does political and social photography

Art Will Find its Way

Every artist has his signature theme, color palette, and inspiration, but Mahurin never stuck to just one path, he is continuously exploring and changing. His illustrations are dark, moody, macabre and obscure and they are absolutely loved by many. He made illustrations for television show Carnivalle where his shadowy, dim and hazy pieces perfectly accompanied the TV show theme. He made music videos for U2, Joni Mitchell, Tom Waits, Alice in Chains, and for R.E.M.'s Orange Crush he won the MTV award. He managed to keep his work personal and honest and still gain critical acclaim and worldwide recognition. It is his work ethics that drove him to success and his deep belief that if art is being done with passion and dedication, it will find its way to prosperity.

Time Covers and Opinion that Matters

One of the Mahurin's most famous photo illustration he ever did for a magazine is the Time cover of O. J. Simpson starring a mugshot. He is prone to photo manipulation and quite often he takes photos of himself and then photoshops them into people he wants to portray or talk about. He does it in dark fashion because he believes the outcome and the form must compliment the idea. So, if he is doing a political photography on the War in Iraq he packs it into opaque expressions. The artist made several photographic essays on Texas Prison System, people with AIDS, abortion clinics, hospitals and mental institutions. When he is asked to do a shoot, he is asked for an opinion.

Mahuring talks about his photographs and inspiration with Judd Apatow

Life on the Dark Side and Lifetime of Creativity

When directing music videos he is being lead by music and visualization. When he is making art, he is being driven by emotions. Everything he does stands in a binary relationship with cause and effect. The information just gets filtered somewhere in Mahurin's head, where it looses the possible cheerfulness, but get the certain seriousness that black color symbolizes. Although he switched his life priorities when he got married and stopped doing so much work, he is still a pop-culture icon to many generations. From his Metallica Unforgiven unforgettable video to his magazine covers to his books and long work-friendship with Tom Waits, Mahurin is continuously getting admirers and followers.