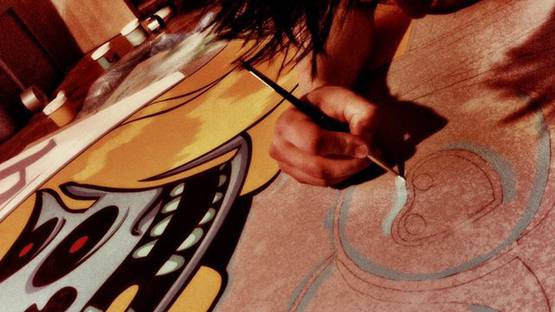 Matt Siren is an American street artist and illustrator, best known for his trademark Ghost Girl image. Siren was born in New York, in a very artistically inclined family, and he was encouraged to pursue art from the very beginning. He went to School of Visual Arts, graduating in 1997, and then again in 2007. He also received his academic training at Fashion Institute of Technology, finishing it in 1999.

Siren's art is influenced by the 80s pop culture; he draws from graffiti, cartoons he used to watch when he was little, and video games. There are also some elements of posters created in Art Nouveau, and graphic design. When it comes to artists who've had an impact on his style, Siren often cites Warhol, Alphonse Mucha and Haring. His images have entered the world of fashion as well, as they can be found on numerous clothing lines. Ghost Girl is probably his most recognizable creation. Produced in 2005, the widely recognized icon combines Matt's love for video games (more specifically Pac-Man in this case) and female form. Today, Ghost Girl is synonymous with Matt Siren.

Apart from the streets, which is his greatest and most frequented "gallery", Siren has displayed his works at numerous indoor venues. He participated in many group and solo exhibitions around the US, primarily in New York. Some of his more notable group exhibitions include Street Language, a 2008 collaboration with Darkcloud, held at Woodward Gallery, and Stokenphobia, a 2010 group show organized by Pandemic Gallery in Brooklyn, New York.

Matt is represented by Woodward Gallery.

All images courtesy of Woodward Gallery