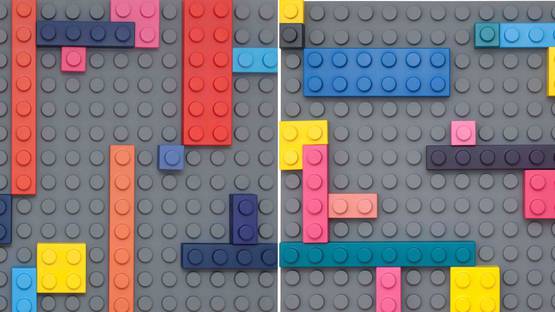 Matteo Negri is an Italian visual artist, recognized for creating various works of art. He concentrates his artistic research on different materials as marble, ceramic and resin, mixing them with a pop range of hues as an expressive instrument.

Matteo Negri was born in 1982 in Milan, where he graduated at the Brera Academy with a degree in sculpture. After graduating at the Academy of Fine Arts in 2003, the artist created numerous installations for exhibitions at art galleries, public spaces and art fairs in Italy and abroad, including Paris and Berlin.

Negri first dedicated himself to a project called Mines, based on a subversion of the idea of objects, splitting form and meaning. Using real, decommissioned bombs, depth-charges and mines, he explores how bright colors and unexpected settings can turn a destructive weapon into something resembling a large gemstone. The giant reproduction of objects moves the attention of the spectator from the real use to the aesthetic seduction coming out of the single pieces. This clear split between form and meaning is also something one sees elsewhere in popular culture, where clever marketing can turn any given products into curious objects of desire.

The artist gained international recognition in 2008, when he started doing Lego art, his most successful project. The bricks are reconstructed on a big scale using it as an archetype symbol of creativity. The Lego becomes an art piece for the conversion of acquired values. Through modifications and manipulations the brick is not a shape anymore, but becomes a metaphor of subjectivity and children’s inherent desire to build and create their own personalities. Process of making his artworks is sometimes unusual and unconventional, such as when children took part in a game of ‘building constructions’, to create a giant cardboard Lego structure, which is then painted and looks like a Mondrian artwork.

From 2003 he has worked in Italy and abroad with different galleries. He also realized numerous works for public areas, private foundations, art galleries and art fairs in Paris, London and Berlin. Matteo Negri has had several gallery and museum exhibitions, and his works are often sold at various auctions.