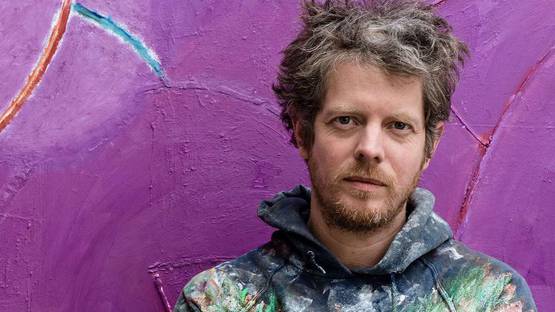 Matthias Weischer is a German artist, regarded as one of the most important painters of his generation. He came to international attention in the early 21st Century as a member of the Leipzig School – a movement credited with spearheading the revival of figurative painting. Born in Elte, West Germany in 1973, Weischer moved east to study at Leipzig’s Academy of Visual Arts in Saxony. He received his MA in 2003 and was a co-founder of the artist-initiated gallery LIGA in Berlin, which was closed after two years of work. Today, Weischer is one of the best young artists coming from Eastern Germany, recognized both in Germany and in the world. Weischer has been the recipient of numerous awards and scholarships including the Scholarship of the Deutsche Akademie Rom, Villa Massimo in 2007 and Laureate of the Rolex Mentor and Master student initiative with David Hockney in 2004.

A constant of Weischer’s dynamic art practice is his commitment to the subject of space as a source for both context and motive. The arresting complexity of Weischer’s early interiors with their exciting spatial configurations captured the imagination of critics and public alike and proved influential for a generation of international painters. Never shy of experimenting with new techniques and mediums in his painting, Weischer regards the act of drawing as fundamental to his practice. This is evident throughout Weischer’s early collage-like interiors, rich in texture and detail, and the landscapes that owe much to the influence of Italian and Japanese gardens. These paintings often question viewer’s perception with their emptiness which was at the same time full of details. The lack of human presence is the key to achieving this element. The interior in his work is well decorated and preserved, bringing the viewer to the conclusion somebody should be living there. On the other hand, the rooms are too sterile and clean, creating the opposing impression of a room somebody maintains, but doesn’t reside in. His first exhibitions quickly created an interest in this young artist's works.

Finding the Clues in Nature

In 2007, during his staying in Rome, Weischer started to focus on drawing nature and landscapes. Whereas in the first era, he mostly painted the interior, here he combined his interior approach with landscapes. These landscapes are closed in details, often surrounded by the detail quantity so much, it will make the viewer think it’s an indoor facility filled with plants. Weischer’s early works tended towards the theatrical – he often adopted a classic genre painting technique where the viewer can look directly into a room as if the fourth wall’ is missing – his recent interiors and landscapes cast the viewer in a more active role, requiring him to slow down and search for visual clues in order to decipher the space depicted and to fully explore the invitingly tactile, multi-layered grounds. In order to reach the same type of freedom he had with the indoor paintings, Weischer perceives plants and animals as objects. Same way he perceives furniture in his early work. The biggest difference is Weischer’s beginning stage of creating a painting. Here, he travels to a landscape to get acknowledged with the details. Not to replicate them, but to get the motivation needed to turn something natural into something artificial. He paints the landscapes from memory, inserting his own motifs into the memory holes. The etymology of the word “art” comes from “artificial”, something that isn’t natural. In the same way, he inserts elements which are irrational into nature's logic but provides the aspects of a deeper space and harmony between natural and unnatural. With the solo exhibition of landscapes which held a place at Gemeentemuseum in Den Haag, his new form of work was recognized around the world. Weischer’s recent spontaneous works of art were presented at the Lehmann Maupin Gallery exhibition, Hong Kong, Konig Gallery, Berlin and many other exhibitions.

Weischer is adept at creating consistently believable worlds, but many of his interiors could not actually work in reality – the shadows are wrong, the architecture ambitious to the point of unfeasible. This deliberate subversion of established rules, builds a picture of a universe out of kilter, where perception itself is called into question. The space between what is seen and what is felt is a new and fertile ground for Weischer, and the surfaces of his paintings are noticeably more active and animated, resulting in the viewer’s immersion in a paradoxically static, but charged environment. The medium of paint itself now vies with space as Weischer’s chosen subject, as he pushes the limits of its toffee-like plasticity. Among the collections holding Matthias Weischer's work are the Museum of Contemporary Art, Los Angeles; Gemeentemuseum Den Haag, The Hague; Museum der bildenden Künste, Leipzig; Rubel Family Collection, Miami and Susan and Michael Hort, New York.