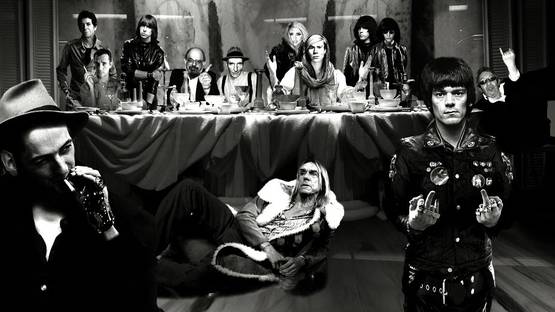 Maurice Renoma is a French fashion designer, photographer, and trendsetter. He has been setting the norms of modern French dressing since the 60's. He reached a peak in his fashion career when he was spreading the trend of Yé-yé fashion, derived from pop music. In the sixties, everyone loved the Beatles, and everyone loved Serge Gainsbourg. The music that followed the culture was followed by fashion, and Renoma pioneered the transition from classical to chic.

Roma was born in 1940 in Paris. His father was a tailor and Maurice practically grew up in a workshop, where he was learning about materials and sewing since he was a boy. Teenage years brought interest for movies, jet-set stars, rebels with and without cause. He started experimenting with clothing and arranged a small popup shop at his father store. Dressing the Parisian alternative youth gave him an opportunity to open his own store White House in 1963, where he started sharing his visions and creations with many reputable artist and musicians at the time. Some of them were Bob Dylan, Salvador Dali, and Picasso.

The power of photography was used for designer and artistic purposes

After a long career in fashion and design, he started experimenting with photography. His love for the materials, from which he can make the statement, was combined with his love for visual arts in general. The power of photography was used for designer and artistic purposes. Renoma's photos are printed on sheets, pillows, sofas. His first New York exhibition, entitled Modographe was a mixture between fashion and photography. Many faces of fashion, sensual and intriguing are displayed emphasizing the human body.

The eternal power of photography to capture the instant emotion

Human Body in the Focus

The change of context changes the energy of the subject. Clothing details, fashion-forward trendsetters, artist and musicians, they are all portrayed in poetic manner of Renoma's photography. He takes his camera with him at all times and wanders the city streets, hunting for inspiration, for special details that reveal so much about persons' dreams, aspirations, and general attitude. His mantra is that fashion is forever and the photographs last longer. The eternal power of photography to capture the instant emotion, different moods, and love for fashion, made Maurice Renoma a well known modographer.