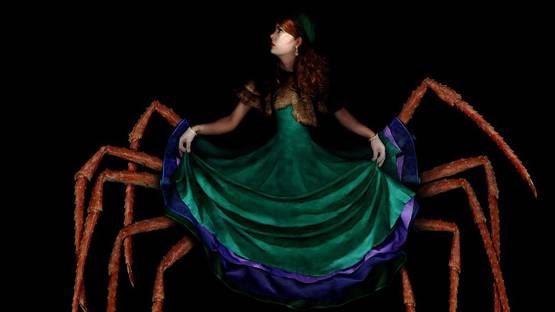 Meryl Donoghue is a British artist, born in 1984, in Reading England. She works in different media, from pencil drawings to animation. Her work is concerned with the power of strangeness, the in-between and the outcasted. She finds inspiration in nature, literature, folklore and mythology. The artists who influenced her work include Chris Cunningham, Jan Saudek, Kiki Smith, Salvador Dali and Jeff Wall.

Her body of work includes pencil drawings, photographic prints, experiments in sound and animation, installations and porcelain works. She aims to create strange, unsettling and grotesque pieces, which are seductive and repulsive at the same time. Donoghue is interested in the type of beauty which is spoiled and imperfect. In her works, she explores the themes of death, wasted time and opportunity, isolation and the difficult transitions of human life.

The artist has exhibited her works in many group and solo exhibitions, both in the United Kingdom and internationally, in Amsterdam, Netherlands; and Culver City in the United States. She had solo exhibitions at StolenSpace Gallery in London and KochXBos Gallery in Amsterdam. Donoghue participated in several art fairs, such as Rotterdam Contemporary Art Fair in 2015, and Miami Scope in 2008.