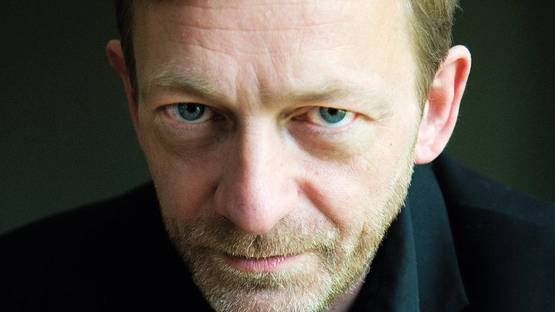 Michaël Borremans is a Belgian artist, whose paintings, drawings, sculptures, and films do not leave anyone indifferent. His work seems to flirt with different style and epochs, taking elements from art history, to which he adds modern and surrealist details, leaving an odd and sometimes creepy impression. This approach, he explains, has to do with his personality, representing his view on the world, life, and humanity- showing both sides of the medal, the beautiful and the ugly one. His paintings are described as faceless and lifelessness because portraits usually capture and show person’s character, and Borremans has no interest in psychology. His idea is that viewers focus on the art itself, leaving no room for wondering what the subject is really like. The creation of confusion and emptiness, by hiding some parts and not giving enough data, reminds of the scenes from Hitchcock’s movies and makes the image remain vibrant.

The artist was born in 1963 in Geraardsbergen, Belgium. He studied photography at the College of Arts and Sciences Saint Luke in Ghent. After graduation, Michaël started to explore painting and drawing, through which he expressed his creativity and imagination. The author owes a lot to the Old Masters whose techniques he accepted and adapted to his favor. The influence of the Diego Velazquez, Manet Edouard, and John Singer Sargent are seen in the way he uses glaze and lighting effect in his paintings. The way in which Borremans isolates people and objects in his works points out to surrealists like Rene Magritte. Drawings of strange, and amusing buildings, and moody videos just confirm the ease with which it was made. The accent on the medium in compositions and techniques is associated with contemporary artists Gerhard Richter and Luc Tuymans. As the artist admits, he tries to reflect what’s in our collective consciousness, but also in history. In this manner, he communicates with the audience in a subtle, yet very emotional way. His pieces are permeated with allusions of the Catholic Church, the Ku Klux Klan, ISIS, nuns, and similar stuff.

The way in which Borremans isolates people and objects in his works, points out to surrealists

The Magic that Comes from Photographs

The use of oil paints, allows the artist to create complex shapes that vary from gentle fluidity to expressed solidity. The basic material Michaël uses in most of the cases is a photograph, which he makes himself. The whole scene is carefully prepared, including the position of the model, composition, and the light. The author reverses the common perception when the painting looks like photography and explains that his photographs look like paintings with the help of cameras. His art also pertains to statues, so he experimented for a while with the sculptures. The simplicity is the focal point in keeping the control over the process of creation. Unlike painting, drawing makes him feel free, as pencil and paper give unlimited possibilities. Borremans pays a lot of attention to the impact and psychological effect that his pieces produce and leave the viewers. Very disturbing and confusing images like The Pupils from 2001, The False Head, and Angel from 2013, cause unique memories, emotions and feelings, depending on the viewer’s perspective and experience. The figures in these works are without identity and referring to the typical subjects that merge with each other.

The author reverses the common perception when painting looks like photography, and explains that his photographs look like paintings with the help of cameras

Considered a pioneer of combining image and the motion, he makes films that consist of slow-paced series of images with very little movement and progression, if any. Before meeting Jan Van Imschoot, Borremans was a teacher at the Secondary Municipal Art Institute of Ghent, after which he had his first major exhibition at the Zeno X gallery in Antwerp. Since then his art has been displayed in numerous galleries and museums around the world like at the Tel Aviv Museum of Art in 2015 with the show named As sweet as it gets, or The Advantage show from 2014 at the Hara Museum of Contemporary Art, Tokyo. Michaël’s work is held in public collections internationally, including The Art Institute of Chicago, High Museum of Art in Atlanta, The Israel Museum in Jerusalem, Musée d’Art Moderne de la Ville de Paris, and in many other prominent museums worldwide.

The artist lives and works in Ghent, Belgium.