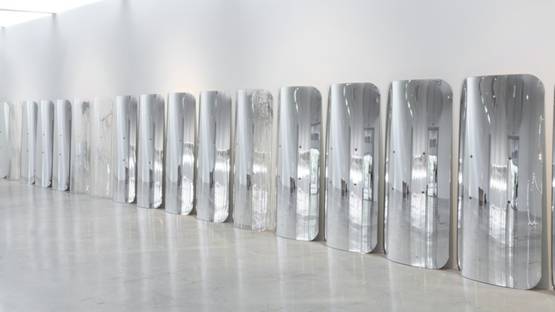 The artistic practice of Michael Joo is based on a rather conceptual approach conceived in regard to scientific methodology and research. Since the early 1990s, when he emerged on the art scene, this artist has been creating a multimedia body of work that he believes to be the documentation of a certain process. By moving frequently from disciplines such as entropy, ontology, and epistemology, and experimenting with different techniques, Joo continually blurs the boundaries between art and science while exploring cultural heritage, natural history, and identity.

Michael Joo received his MFA from the Yale School of Art, Yale University, New Haven, in 1991, after graduating with a BFA from Washington University, St Louis, 1989.

His works are held in the collections of The Museum of Modern Art in New York, the Moderna Museet in Stockholm, the Walker Art Center in Minneapolis, and the Hammer Museum in Los Angeles, just to mention a few. Michael Joo currently lives and works in New York, NY.