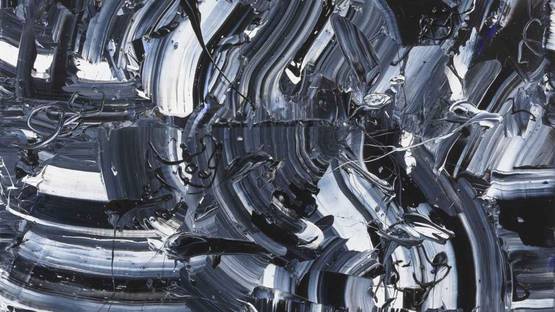 The American painter Michael Reafsnyder is best known for painterly abstractions that convey a sense of delirious happiness. While appearing as spontaneous gestural painting, his works are meticulously crafted to convey this sense.

To create his densely filled, colorful compositions, the artist uses a full inventory of application techniques, such as dragging and piling the acrylic paint or scraping it straight from the tube onto the canvas. His works often incorporate a “smiley face” symbol.