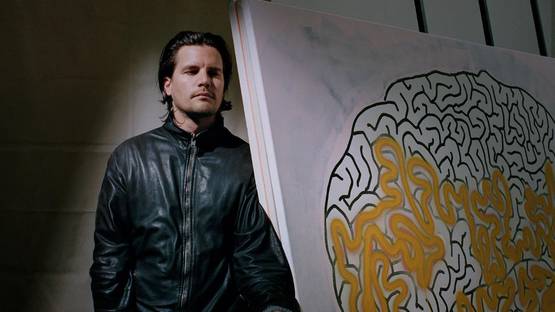 Michael Sailstorfer is multidisciplinary installation artist born 1979 in Velden/Vils, Lower Bavaria. In his artistic practice, elements and objects from everyday life serve as the starting point for idiosyncratic experiments. He studied at the Academy of Fine Arts in Munich and at Goldsmiths College in London where he got his MFA in 2004.

Michael Sailstorfer’s artistic position is to constantly question and expand the classical notion of sculpture. With his often elaborately produced works he puts the processes of daily life in unusual relationships towards each other. He incorporates light, sound and smell within his installations thereby generating images of poetic power. His installation of a hanging car tire rotating in vain and rubbing against the wall  without being able to get away, became renowned in 2005. In doing so the tire abrades and spreads a typical pungent odor. He dedicated his first big solo exhibition 2012 in Berlin to the central theme of the forest. In the installation Forst (Forest), five upside down hanging trees which rotate slowly occupy the whole of the ten meter high exhibition space. In the same year Michael Sailstorfer was awarded the Vattenfall Contemporary 2012.

His work has been shown in many solo and group exhibitions, in Paris, Berlin, Salzburg, Zurich, New York and Dubai, among others.