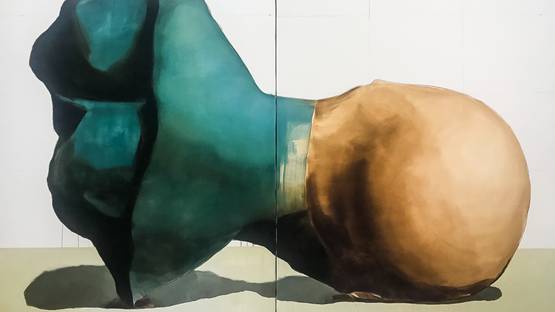 The Cuban artist Michel Perez Pollo is best known for abstract-figurative works that appear childlike and naive, but are meant to avoid faithful accuracy in favor of a universal expression.

His paintings are characterized by bold, often lavish in his application of the fluid paint and imbued with messages, evoking revolutionary murals. Focusing on the superordinate, the human-personal, his works seem like expressions of a new humanism. He often reinterprets the concept of "tropical depression", an actual meteorological term for a dismal weather situation in the Caribbean, providing a positive attitude, with personal gravity and self-assertion.