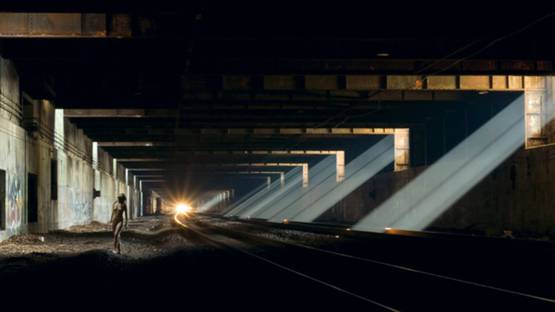 Born in Stoneham, Massachusetts in 1981, Kim was raised in Seoul, Korea. She is the daughter of Korean public philosopher Do-ol. She returned to Massachusetts in 1995 to attend Phillips Academy in Andover, and later moved to New York City in 1999 to attend Columbia University. In 2006, she received an MFA in painting from Pratt Institute. She also runs a nonprofit called Naked City Arts to promote young local artists in Manhattan.

In her series Naked City Spleen, Kim's naked body stands as a stark counterpoint to the decay around her, bringing these massive, damp and dirty, unknown spaces into a new focus. Similarly, for the series The Pig That Therefore I Am, she has visited industrial hog farms and immersed herself amongst the pigs. Her works call to mind ideas of isolation and the sense of artistic melancholy in the modern world.