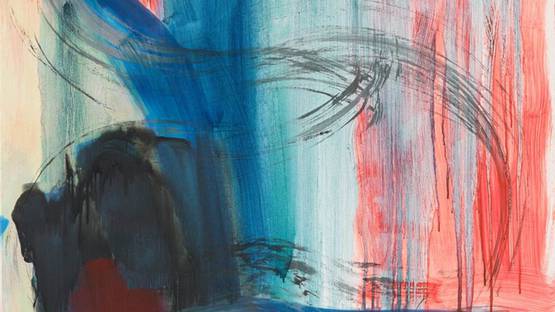 An American artist, Monique van Genderen engages with materiality, surface, and the language of Modernist abstraction in a diverse range of paintings and wall installations. She concerns herself with surface quality and color, creating varying levels of reflection and transparency in her work.

In her practice, van Genderen expands the legacy of Abstract Expressionism by introducing  elements of commercial design and modern painting sensibilities to explore painting as a discipline. Her work has been compared to works by Helen Frankenthaler, Robert Motherwell, and Lorser Feitelson. In addition to her painting practice, she also creates large wall installations composed of pieces of textured adhesive.