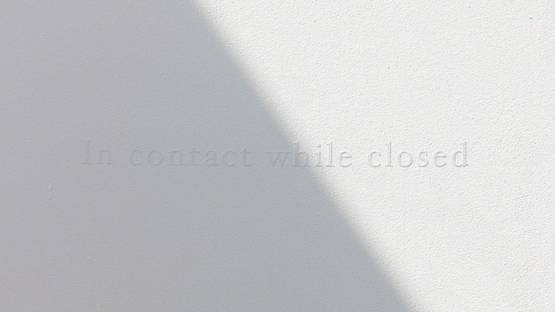 A French artist, Morgane Tschiember is known for practice that blurs the distinction between painting and sculpture. She has developed her work from two- to three-dimensional pieces, in order to explore the transitions between dimensions, and how they relate to each other.

Working on fundamental elements such as form, color and material, Tschiember explores the new possibilities of painting and making sculptures, revealing her interest in how the meaning "shifts". At once polymorphous and protean, her work is in perpetual expansion, as attested by the multiple techniques and protocols I employed.

Featured image: Morgane Tschiember - In contact while closed, 2018. Vinyl on wall. Editions 1-10 of 10. This is part of a limited edition set. Photo courtesy Galería OMR