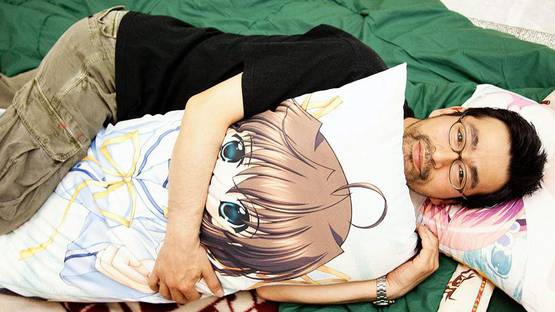 Iwamoto Masakatu aka Mr. is a Japanese contemporary artist, who works in a wide range of media, including painting, sculpture and video. His works are all closely related in aesthetics, style, and theme.

Born in 1969 in Cupa, Mr. took his pseudonym from the former baseball player Shigeo Nagashima, who was frequently referred to as ‘Mr. Giants’. Mr. graduated from Sokei Art School in 1996, having been discovered by Murakami the year prior. He worked as an assistant to Murakami for the next eight years, being a member of his Kaikai Kiki studio, which has also supported Mr. in his solo career. His participation in Murakami's 2000 exhibition Super Flat played a crucial role in earning him international attention and recognition.

A self-proclaimed otaku - a Japanese term for people with obsessive interests, commonly the anime and manga fandom - with a Lolita complex, which he says he does not act upon, his pieces depict young boys and girls in an anime and manga style, drawing upon the aesthetics and attitudes of otaku culture, and lolicon themes - a term originally shorthand for ‘Lolita Complex’.

Mr.’s works are Japanese in their anime-inspired, large-eyed characters and flat color fields. Cute and innocent on the surface, many of his works are quite sexualized, tying into the anime phenomenon of fanservice, and leaving it an open question as to how innocent his works are in the end. Critics have also questioned whether Mr.'s work reflects a commentary on otaku culture, or glimpses into a private fantasy world,though Mr. has said his art is about expressing his personal fantasies, and not about cultural commentary.

Also a performance and video artist, Mr. created anime-inspired sculptural pieces. His work, like that of his mentor, is character driven, and a small green sponge-like character Toshihiko Yokohama which he created was adopted by the pop band Kicell for their album design. A short film entitled Nobody Dies, directed by Mr. and premiered at Geisai 11 in Tokyo, accompanied by photos of the film's characters, was the artist's first forays into the media of video art and still photography.

Mr. has exhibited internationally in both group and solo exhibitions including the acclaimed 2005 exhibition Little Boy: The Arts of Japan’s Exploding Subculture. Mr.'s work is represented in numerous public and private collections worldwide.

The artist lives and works in Saitama, just outside of Tokyo, Japan.