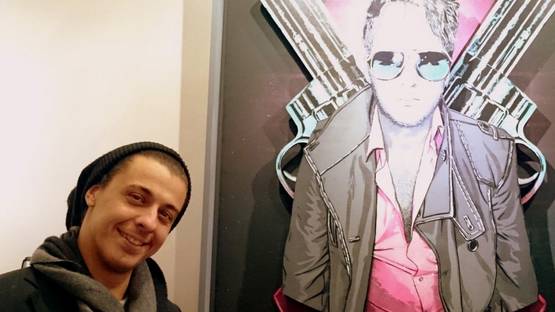 Mr OneTeas, aka Anthony Alberti is a contemporary artist born in Nice in 1984. He is a versatile artist who does graffiti, illustration and painting. His artworks often carry strong social messages, like in The Wack Donalds Project, which started in 2011. The artist’s work was even commended by Prince Albert of Monaco.

He is inspired by humanity, relations between society and politics, pop and neo-pop, simply said, everything around him. He also tackles some of the burning social issues, like recycling and the bad effects of fast food. Mr OneTeas is a self-taught graffiti writer. Because of all the travels he took and all the people he had met, his skills improved over time. The artist discovered a passion for recycling, and even started re-using the materials he found in creation of his pieces.

All the Same but Different series

Mr OneTeas realizes that most of the modern threats are not easily visible (like the threat of terrorist attack), and states that we have grown up with commercials coming from the big fast-food chains like McDonalds. There is no surprise there are in almost every part of the globe. His artworks in The Wack Donald's Project portray how exactly the fast food is bad for us and how much it’s actually hurting us.