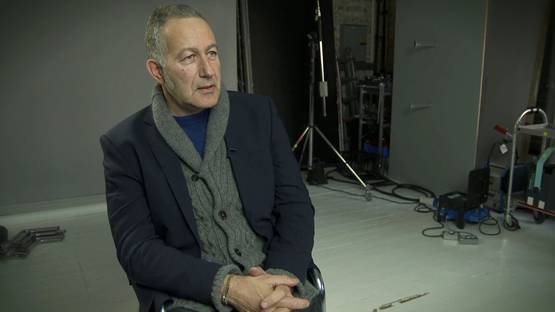 Nadav Kander, born in Israel in 1961, is a photographer, artist, and director known internationally for his landscapes and portraits. His family moved to South Africa and settled there when Kander was three years old. He began to take photographs using a Pentax camera in 1974. Artist was later drafted into the South African Army, where he worked in a dark room, printing aerial photographs.

In 1986, Kander moved to London with his wife, Nicole. His photography work, which has been celebrated worldwide, includes Diver, Salt Lake, Utah 1997 and the 2009 portrait of Barack Obama, which he photographed as a cover feature for the The New York Times Magazine. In January, 2009, Kander had his series of photographs published in an issue of the The New York Times Magazine. The series, entitled Obama's People, featured 52 full-page color portraits published in one issue. The issue also contained cityscape photographs of Washington D.C., and became the first issue ever published in the history of the magazine to contain the largest portfolio of work by one photographer.

Kander published his first monograph, Beauty's Nothing, in 2001. This was followed by a catalogue entitled Nadav Kander - Night, which contained nocturnal landscapes that accompanied his exhibitions in the Shine Gallery, London, and at the Yancey Richardson Gallery in New York. His photography can be considered part of the Photo Reportage movement, which uses photography to highlight various ongoing social issues. Hatje Cantz published Kander's monograph, Yangtze - The Long River, in 2010. This series won the prestigious 2009 Prix Pictet Earth award. In the same year, he also won the International Photographer of the Year award at the 7th Annual Lucie Awards. Kander was  commissioned by Time to photograph Barack Obama for their Person of the Year 2012 cover and more recently HRH Prince Charles for their November 2013 cover.

He has collaborated with various galleries and museums, including the Victoria and Albert Museum in London and the National Portrait Gallery, also in London, where his work forms the public art collection. He has exhibited worldwide at venues such as Palais de Tokyo, the Herzilya Museum of Contemporary art, Israel and the Musee De L’Elysee, Lausanne.

Kander still lives in London, UK, with his children, Ella, Talia, and Oren, and his wife.