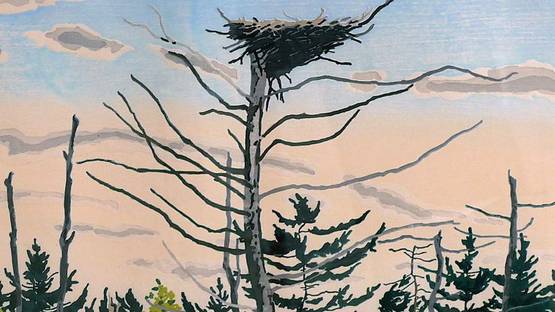 Neil Gavin Welliver was an American painter, noted for his large-scale depictions of landscapes and forest settings. Over the course of years, his style shifted from watercolor to oil paintings, and by the mid-60s, he began painting outdoor images of his sons canoeing or female nudes bathing. The artist would often hike deep into the woods carrying equipment on his back, and sketch studies of trees, grass, snow, rocks and streams, which he later translated into large canvases.