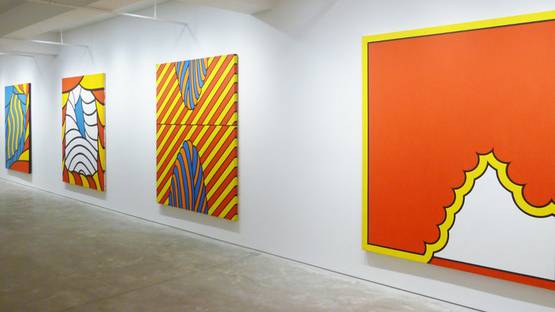 Nicholas Krushenick was a New York painter, one of the forerunners of the pop art movement. He began showing his work publicly in New York in 1957, at the age of 28. By 1962, Krushenick's work was shown at upscale galleries and, by the year 2000, was part of major permanent collections throughout New York and the United States.