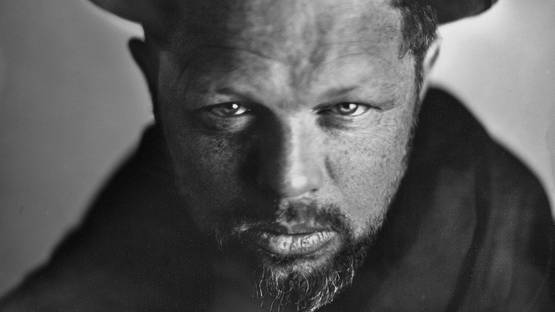 No matter what you choose to devote yourself to, there’s often going to be someone or something that you look up to as a role model, following that subject to a certain degree in your own work and being inspired by it. Given that the field of art is nearly as old as man himself, the choice of artists and movements you may wish to follow goes rather far in all directions. However, we’ve seen quite a few ways of artistic expression being invented just recently, and many of those looking to work with graffiti and stencils often turn to Nick Walker and his oeuvre for guidance. As one of the most known stencil artists that assisted the movement’s development, he has inspired many contemporary artists with his work.

As one of the “younger” art movements that appeared during the 1960s, stencil graffiti gained a lot of momentum despite its slow start. Through the use of the medium by some of the most known artists today, Nick Walker contributed to this development in the early 1990s as he saw its potential. The ease with which such artwork spread isn’t attributed only to its form, but to the influence that the artists would have on other artists. In such a lush urban environment, the influence of stencil artists created a ripple effect, spreading quickly across the pool that is the global art world.

Naturally, Walker had his own source of inspiration for using stencils. Using the medium of stencils was a sort of a controversy during his graffiti days; Walker was dissuaded by a fellow Bristol artist going under 3D (Massive Attack) in the early 1990s, pulling him into the world of stencils. He, in turn, had an impact on many other contemporary colleagues of the time. Although the comparison slightly annoys the artist, the work of Banksy comes to mind when talking about such effects. Given their similar age and the time they both started working with stencil, it’s unclear whether one’s work had influenced the other or vice versa; either way, Nick Walker remains one of the towering figures of the movement even today.

It's 2016, and the artist still effortlessly manages to surprise and entice the public

Nick Walker started out as purely a graffiti artist. Even though stencils appeared back in the 1960s, they were looked at as if forbidden by the graffiti population due to their strict form and predetermined lines. It was all about the free movement and can-control at the time and Walker wouldn’t realize the potential of the medium until 1992 when he had started using it.  Combining his graffiti freehand methods with the defined lines of stencils, Walker was defining the art movement throughout the 1990s and later on. The freedom that came with the medium came in the form of him being able to pick an image out of any aspect of life and easily portray it on any surface while retaining the ability to easily recreate it elsewhere. Not only that, but the application of work was much faster than completely making the piece manually, and since graffiti is generally against the law, the feat comes in handy.

Stencils provided Walker with a lot of flexibility, doing work in cities like Paris

As it comes with the territory, any work done in a public place will get to be perceived by a great many people. Walker’s practice tends to sway towards the ironic and humorous side, one most often portrayed through his alter ego going by the name of The Vandal. Knowing the size of his audience, Walker made his opinion on certain political decisions known on more than one occasion. Most famous of these “interventions” was the Le Corancan done in 2010 as an answering to the French President Sarkozy’s intention to ban the Burqa in France. The piece was quickly removed from the streets of Paris; alas, many other Walker’s pieces stand to this day, changing the way people view not only art made in this way, but the subjects he depicts.

Between Gallery and Street Walls

Nick Walker’s work can be titled as nothing less than monumental. His practice has paved the way for other street artists in Britain and wider and created the mold for those looking to get immersed into the craft. Recognized by the press and the art world alike, Walker made a smooth transition into the gallery ambient in recent years, presenting his pieces on canvas while maintaining his street renown. Constantly inventing new ways to surprise and entice the public (the prime example being his Moona Lisa done in 2006), Nick Walker remains a towering influence in the ever-developing world of street art.