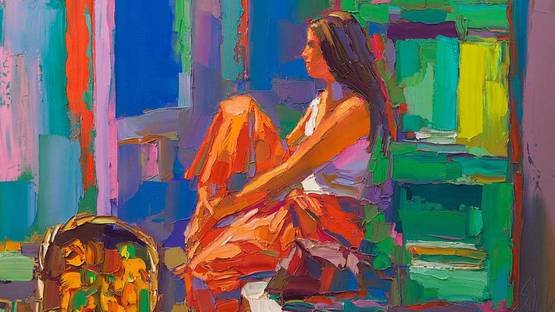 Though born in San Lucido, Calabria, Nicola Simbari was raised in Rome, where his father was an architect for the Vatican. He studied at the Accademia di Belle Arti di Roma and in the 1940s he began devoting himself to painting in a studio at Via del Babuino in central Rome. Simbari's early exposure to the architectural world had a lasting impression on his art, as he incorporated geometric forms and architectural structures into almost all of his paintings.