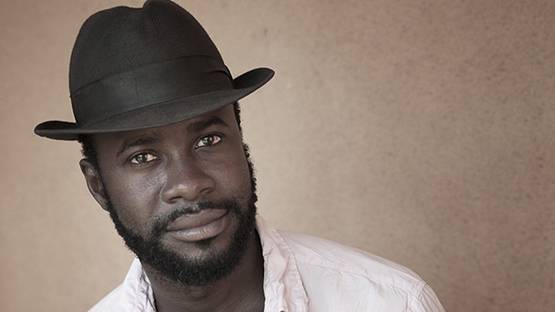 Nyaba Leon Ouedraogo's images are a disturbing evidence of the cruel reality in Africa – his photography reveals the pressing ecological issues related to plastic and electronic waste. Ouedraogo, who is a self-taught African photographer, offers a deep and honest social insight about his home continent and the devastating documentary images he took in Ghana and Kongo are now featured in numerous magazines as well as online portals. Ouedraogo has become a visual artist guided by his simple, straightforward curiosity about the medium of photography, but he ended up developing a highly captivating photographic language.

The Hell of Copper

Ouedraogo was born in Burkina Faso in the late 70s and he was initially an athlete, without any background in visual arts. However, as a consequence of an injury, he decided to abandon his career in sports and dedicated himself to photography. Ouedraogo is an entirely self-taught artist and he had to learn the basics of photography before he could actually shoot the scenes he envisioned. Nowadays, after many years of practice, his creative procedures consist of both artistic and documentary approach. His main goal is to give a realistic view of the current issues in his homeland and undermine the vision of Africa inherited from the past. The very center of his artistic reflection are people and his work revolves around environmental portraits. His famous series from 2008, called The Hell of Copper, was taken in Accra, Ghana and it represents the terrifying life of people working on the so-called cemetery of abandoned computers. These people work there every day and their task is to burn the electronic equipment shipped from the United States and Europe. Workers set the electronic waste on fire in order to isolate the copper they can sell, even though it is an extremely dangerous and poisonous procedure.

Ouedraogo's series called The Hell of Copper, was taken in Accra, Ghana and it represents the terrifying life of people working on the cemetery of abandoned computers

The Phantoms of Congo River

Ouedraogo’s another famous series, The Phantoms of Congo River, was shot in 2013 and it is inspired by Joseph Conrad’s Heart of Darkness, a novel about the travel up the Congo River into the Congo Free State, in the center of Africa. Ouedraogo’s series doesn’t stick to the literary narrative, but he rather develops his own, mystical language by depicting the unknown, unusual side of the life on the banks of the Congo Rives. This river has a very rich history and it represents a great metaphor for both the life-giving force and the power of destruction. Through this powerful series dedicated to his motherland, Ouedraogo explores the traces of contemporary African culture mixed with the residues of colonialism and even savagery.

The Phantoms of Congo River series is inspired by Joseph Conrad’s Heart of Darkness, a novel about the travel up the Congo River into the center of Africa

Ouedraogo’s imagery is valuable because it represents a new archive of the contemporary lifestyle in Africa with all of its social and ecological issues that the Western world is unaware of. The photographer was shortlisted for the 2012 Prix Pictet Show and his work was recognized by several important institutions, who decided to support him and feature his work. He actively collaborates with the Dapper Museum in Paris, the Institut français in Ouagadougou and also the Manchester Museum in the UK, since 2015. In addition to his most famous series of work, in 2013 and 2014 the artist worked on the series of environmental portraits of African women, which shows his continuous passion for portraiture.