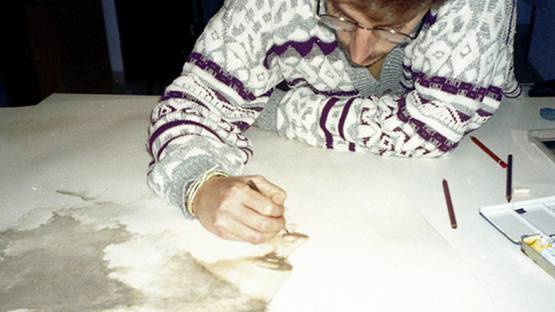 Oriol Angrill Jordà is a Spanish illustrator and painter, born in Barcelona, Spain, in 1986. He is known for his ethereal blendscapes, hybrid images which present human figures constructed from delicate landscapes. Blendsapes fuse two images into one, a figure and a landscape. The artist works in a variety of media – colored pencil, acrylics, pastels, watercolor, graphite and charcoal, but whichever technique he uses, he manages to create a skillful hyper-realistic image.

It is interesting that Oriol was not interested in art until he started studying illustration and realized how talented he was for realistic drawings. He lived most of his life in Palma de Mallorca, Spain and studied Illustration there, at Escuela Superior de Diseño de las Islas Baleares. Later, he attended Central Saint Martins College of Art & Design and The Art Academy in London, United Kingdom, where he learned about printmaking and life drawing.