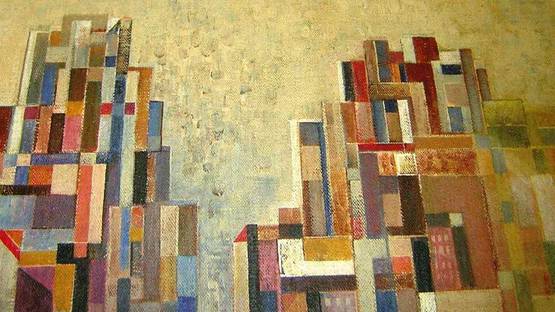 Ota Janeček was a Czech painter, sculptor and illustrator. Between 1938 and 1942 he studied at the Technical University and at the School of Applied Art in Prague. In 1943 he became a member of the Manes Union of Artists and in 1945 of the Hollar Society of Czech Artists. In the 1940s he produced a number of paintings of female figures in the style of Modigliani. Later his work became realistic, he made a lot of drawings and illustrations. By the 1950s his work began to show the influence of P.Klee and G.Seurat, which inspired him to create special colour effects. These effects became a permanent feature of his work. Inspired by nature he created the cycles Grasses, Flore and Organism. In his last creative period Janecek arrived at a kind of synthesis of all his cycles and previous themes, which reflected his personal colouring and lyricism.