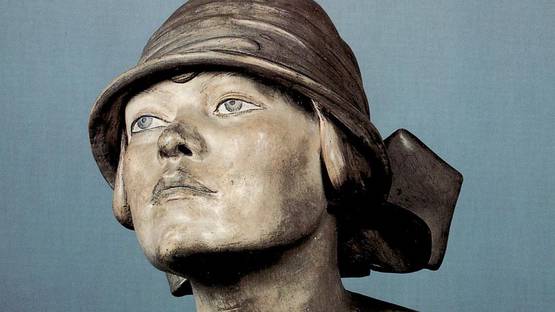 Otto Gutfreund was a Czech-Czechoslovak sculptor. After studying art in Prague and Paris, he became known in the 1910s for his sculptures in a cubist style. After his service in the First World War he worked in a more realistic style. His later work includes many small polychrome ceramic figures as well as architectural decorations.