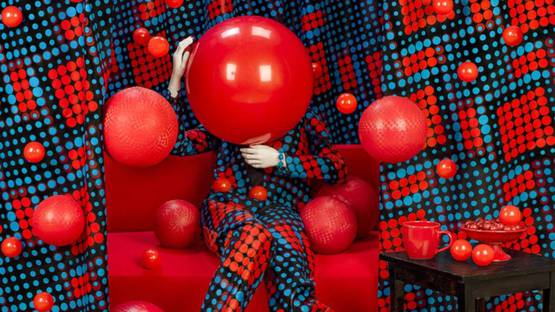 Patty Carroll is an American photographer and educator, widely known for her use of highly intense, saturated color photographs since the 1970s. Her most recent project, “Anonymous Women,” consists of a 3-part series of studio installations made for the camera. The series addresses women and their complicated relationships with domesticity. Carroll camouflages the figure in drapery and/or various domestic objects, creating a dark and humorous game of hide-and-seek between her viewers and the Anonymous Woman. She has earned her BFA from the University of Illinois, Champaign-Urbana in Graphic Design, and her Master of Science (MS) in Photography from the Institute of Design at IIT, Chicago. Since 1972, she has taught photography continuously at the university level, both full and part-time. Patty Carroll has studios in Chicago and Kansas City.