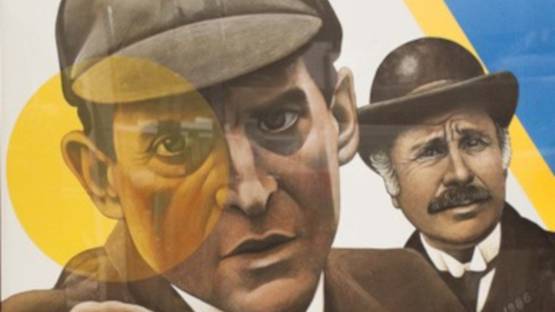 Paul Davis, also known as Paul Brooks Davis, is an American graphic artist. His work is included in various collections throughout the world.

Born in 1938 in Centrahoma, Oklahoma, Davis won a scholarship to the School of Visual Arts and moved to New York at age 17. There he studied with outstanding illustrators Philip Hays and Robert Weaver, and graphic designer and artist George Tscherny. After finishing his courses at School of Visual Arts, he was hired by Milton Glaser and Seymour Chwast, partners in the groundbreaking Push Pin Studios. His work quickly caught the imagination of art directors in the U.S. and abroad, and he was soon in demand as an illustrator for magazines, record album covers, book jackets, and advertising.

From the sixties to the present, Davis has contributed some paradigmatic approaches to the eclectic mix of American graphic art. He developed an interest in American primitive painting and folk art as well as in the faded wooden signs that defined 18th- and 19th-century American commerce, creating a benchmark series of targets painted on old bread boards. Soon, he began combining his unique language with the language of René Magritte, incorporating a symbolic and metaphorical approach into his work.