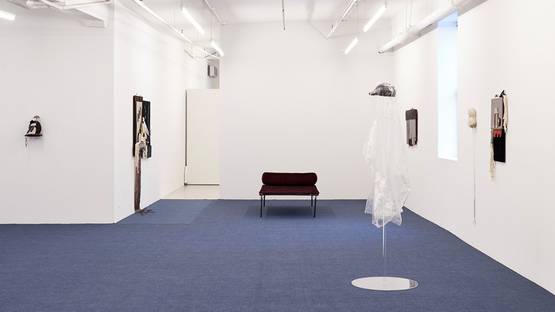 American contemporary artist Paul Kopkau is know for his black and white figurative drawings and complex installations that explore ideas of lodging. In recent years the artist has made a shift from drawing and created a complex installation piece exploring the domesticity and the personal comprehension of luxury. By employing recognizable iconography like the Four Seasons hotel logo and a Clipart cityscape, the artist explores online housing market. Inspired by the contemporary idea of temporary domesticity embodied in the concept of Airbnb and similar networks that provide humans with the imitation of luxury he created a room of his own that reside between the urban shelter and a hotel room. 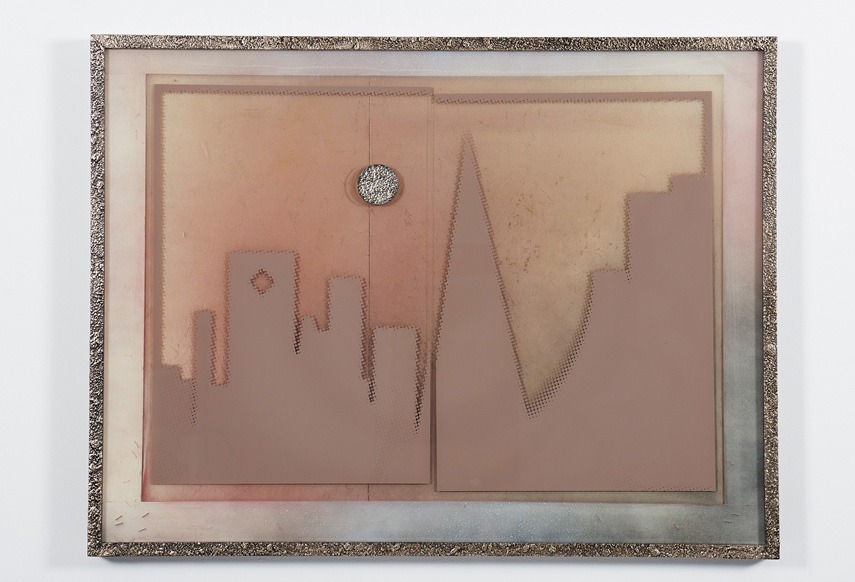 Paul Kopkau is born in Monroe, Michigan in 1982. The artist graduated from the M.F.A. program at Rutgers University in 2014. He is one of the founding members of Yemenwed a New York-based collective established in 2006 known for employing the vocabulary and the conventions of pop culture to portray marginal groups and different notion of beauty. Inside the collective, the artist presented his figurative and abstract drawings dealing with fluid identity, domesticity, gay subculture and the marginal but also participated in group project and performances. The works of the art group often depicted a detached reality that can be also described as the reinterpretation and re-clarification of the present moment. These reinterpretations usually placed an emphasis on the secondary experiences that are dragged on the surface. These peripheral movements and objects are being rearranged in a theatrical manner and their details increased to take the central stage in the provocative artworks.

Paul Kopkau Got His Art Education from M.F.A. program at Rutgers University

Paul Kopkau's work is inspired by Charles-Édouard Jeanneret, aka Le Corbusier’s modular anthropometric proportion system. The system that used golden radio and human proportions to determine the scale of architectural space inspired him to create a series of mop figures that represent the most prominent part of his installation. Paul Kopkau’s mops present a reversal of Corbusier’s figures, meant to contribute to his ideal of the "radiant new city". Instead, the abandoned mop, freed from the manual work, absorbs and even distracts from the radiance of the surrounding elements. In their reveries, these mops will never become dirty but embellished, dressed and warmed up making sure that they stay dry and away from the water and the filth.

Exploring the Domesticity and the Personal Comprehension of Luxury

Class references are also preoccupation of Paul Kopkau's pieces, as the artist depicts people who clean hotel rooms and parks patrons’ cars embodied in the mops laying around the gallery space. Deep class differences between the ones who are visiting the hotels and the employees are usually portrayed by placing an array of mops around the exhibition space like monuments. The artist's body of work was featured in exhibitions at The Swiss Institute, 321 Gallery in Berlin, The Perez Art Museum Miami, Rutgers University, Company gallery and elsewhere.