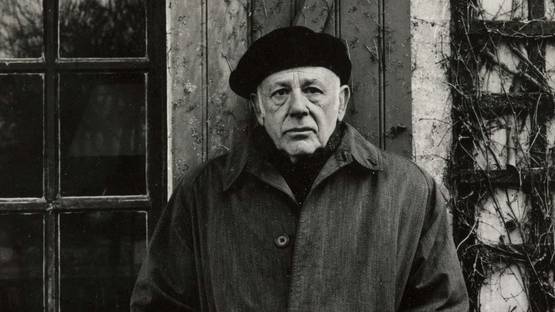 Defining the way fine art and documentary photography is comprehended and practiced today, Paul Strand was one of the most prominent and most influential photographers of the 20th century whose works went far beyond any expectations reaching a higher truth of reality. His straight photographic methods deprived of any tricks of the process of manipulation showed a sincere respect for the subject in front of his camera, making Strand one of the initial contributors to the modern art era. Pioneering new style in photography, he moved one step further, producing films that later marked him as an enemy of the United States.

From First Camera to 1916 Solo Exhibition

Strand was born in 1890 in New York. He got his first camera at the age of twelve and when he was seventeen, he started taking photography lessons from Lewis H. Nine at the Ethical Culture School. Within the classes, they used to visit famous 291 Gallery located on 5th Avenue where he faced with the work of Alfred Stieglitz, Edward Steichen, Gertrude Käsebier and painter Pablo Picasso. After graduation in 1909, he joined his father’s enamelware import business, accepting the fact that photography should be the hobby and not a way in which to make a living. Still, during his free time, he was very active in the Camera Club of New York and in 1911 finally decided to start his own commercial photography business working in a soft-focus style, experimenting with gum printing, like his contemporaries. By 1915, he began to use large format cameras and combining the elements of abstraction and reality he developed distinctive, already recognizable personal style. Highly influenced modern photography, painting, and sculpture, particularly by Stieglitz and Charles Sheeler, his lens was focused on architectural landscapes, portraits, and still life studies. Next year was marked by major publication in Camera Work and first solo exhibition at 291[1]. By the 1920’s Strand showed interest in social issues, questioning the relationship between the art and politics believing that art could have a positive impact on social thinking and raise awareness of people. He decided to devote his career to progressive causes and joined his colleague Berenice Abbot in the founding of Photo League, the group of New York photographers with the aim of raising awareness and social protest. During this period, he was mainly focused on moving images, spending the decade working in cinematography, helping the founding of the documentary film company Frontier Films.

His first film, Manhatta (1921), also known as New York the Magnificent was a group project with Charles Sheeler. Living in a Mexico for three years, Strand photographed and worked on a film commissioned by the Mexican government named Redes, in the United States released as The Wave. The photographs he made there were so impressive that were included in the First Museum of Modern Art in NY Photography exhibition in 1937, followed by the publication of twenty hand-gravure reproductions of the images. While his cinematographic work was into the frames of the modern aesthetic, his still photography passed through the transformation toward more complex juxtapositioning instead of the earlier simplicity of minimal compositions. Strand’s non-profit organization Frontier Films soon became very productive making movies that express strong political views, such as the titles Native Land or The Plow that Broke the Plains. Completely devoted to the motion pictures, the artist still decided to return to full-time photography in 1943. Beginning from Vermont, during the next years, he traveled a lot, touring New England, Paris, Italy, Egypt, and Ghana. For the last three decades, he pursued “place portraits”, the projects conceived as books, intended for the larger purposes. Kwame Nkrumah, the first minister and president of Ghana invited Strand to document the country’s progress and his efforts to modernize the industry and economy[2]. Showing the present emerging from the past, the artist’s interest in the history of particular people and particular place managed to convey the unique portrait of the 20th century.

Considering his growing interest in leftist ideas, Strand soon became unwelcome in the circles of the conservative American society of the 1950’s. His Frontier Films was accused of being subversive and un-American and Strand decided to move to Europe, spending the rest of his life in France, publishing books in East Germany, prohibited from sales in the United States. His Native Land was presented at the Karlovy Vary International Film Festival in Czechoslovakia. Although he lived in Orgeval for 27 years, he never learned the language, but still achieved great success and made an impressive creative career. Paul Stand died in 1976, at the age of 85[3]. Better known to wider audience for his early abstractions, during the late period, the artist produced some of the most influential pieces in the form of six box portraits of place, such as Time in New England (1950), La France de Profil (1952), Un Paese (1955), Tir a’Mhurain / Outer Hebrides (1962), Living Egypt (1969), and Ghana: An African Portrait (1960). In 1967, he was awarded the David Octavius Hill Medal by the Gesellschaft Deutscher Lichtbildner in Mannheim, Germany. Before his death in 1976 he published two portfolios On My Doorstep and The Garden.