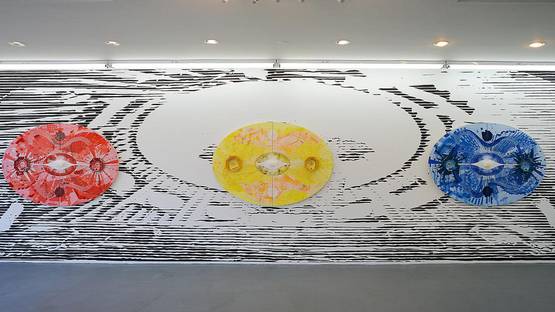 Pedro Barbeito is a New-York based painter, born in La Coruña, a city and municipality of Galicia, Spain in 1969. His work explores the relationship between technology and painting. Barbeito is interested in discovering how new visual forms of representation can interact with painting languages.

He went to Yale School of Art and earned his Master of Fine Arts in painting in 1996. Barbeito exhibited his work internationally for the past seventeen years, received the Louis Comfort Tiffany Biennial Award and his work is part of public and private collections worldwide. The reviews of his exhibitions were featured in numerous publications and periodicals in the United States and Europe, such as the New York Times, Art on Paper, Frieze, Artpulse, and so on.