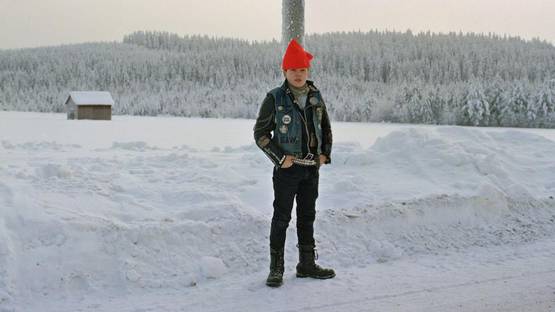 It is said that the best way to discover a country is to travel there, see the landscapes, get to know its people, their traditions and lifestyle. If the county you would like to know better is Finland, there is no need to go further than seeing the photographs of Pekka Turunen. His work will make you feel like you’re there, looking at the people living their lives, stopping just for a moment so they could be immortalized in a picture. You will feel the cold air on your skin and you’ll be amazed by the beauty of the Finish landscapes. When it comes to environmental portraits, Pekka Turunen is one of the best.

When it comes to environmental portraits, Pekka Turunen is one of the best

Turunen is a Master at Capturing the Essence of Finland

Photography is a way for the artist to get to know his country, but also himself. Traveling across Finland allowed him to witness the way of life that may seem distant to ordinary viewers. His country is in the north of Europe, the climate is very cold and harsh, and the lifestyle is very different than the rest of Europe. That is where the artist saw the endless possibilities for exploration, and that is where he found beauty and inspiration. It is a challenge, just surviving in those conditions, yet the people are used to them. Turunen is a master at capturing that people’s ability to survive.

He graduated from the University of Art and Design in Helsinki in 1987. He lives in the southwest part of Finland with his wife, who is also a photographer, and two very lively children. Turunen has won twice the Finnish State Grant for Photographic Art (five years long each) and a grant from the Hasselblad Foundation.

Along with fellow photographer Esko Männikkö, Turunen has been working on a project called Pемонт (Remont). It’s a Russian word which could be translated as reparation. The project lasted from 1989-1995, and it was inspired by the dissolution of the Soviet Union and the after-effects. Two artists traveled to the Kola Peninsula (northern Finland), and tried to capture the ecological damage, caused by nuclear waste and the process of nickel smelting. They photographed a transition community was in. The reality was captured with clarity, poetry, and grit.

The reality is captured with clarity, poetry and grit

If you are unable to travel to Finland and still want to discover it, the photography of Pekka Turunen remains the best way to do it. His raw realism is simply captivating. The artist managed to eternalize the people and landscapes he photographed, showing his country to all those interested in it.