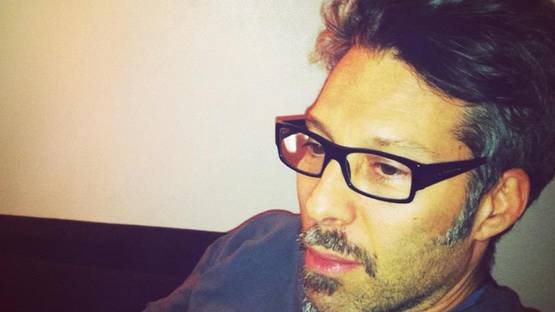 What exactly are memories? Can we trust them, or should we say: can we trust ourselves? Peter Horvath chose to deal with these questions – by using fragmented narratives and sub-narratives, making his artworks look as if they are layers of a history in its continuous flow, almost completely independent and disinterested in us. Peter Horvath, a Canadian artist, was born in a family of photographers of Hungarian origin. No wonder his favorite toy at the age of 6 was a camera. Growing up with it in his hands, Peter over-matched its features and potentials, after many, many hours of inhaling darkroom fumes.

In 1995, a friend gave Peter a Macintosh Plus and that was a crucial moment – once he discovered computers, everything led towards his turn from still photography to something more exciting and challenging. When he came across the works of Dadaists John Heartfield and Hannah Hoch – Peter was instantly drawn to the possibilities of a photo-montage technique, an image created by cutting, gluing, rearranging and overlapping two or more images. His family cultural heritage took Horvath to the Emily Carr Institute of Art and Design. Afterward, he attended a Photographic at Ontario College of Art, and upon obtaining a diploma he was ready to set sail for the art world.

Today, Peter is well known for using a new media - adding a sound and a video to his work. This artist’s digital collage works deeply intermingle a narrative with the abstraction – intentionally displacing and disturbing anything remotely familiar or nostalgic, or both. Web technology brought many possibilities to Horvath’s desire for an artistic expression: a feeling of freedom from the two-dimensional context had an effect on his exploration of social, creative and conceptual boundaries and identity issues, interlaced with psychic and emotional relations. As Peter says himself in his artistic statement, he tends to keep his work linear in format but fractured in storytelling. The videos he uses are frequently disjunctive and blurred, with an intention to somehow disconcert the viewer, making him question both of his visual and emotional position and situation.

Exploring the cut of Fiction and Truth in Personal Memories

Peter’s installed or web-based, non-interactive, and cinematic artworks could be seen as some sort of documentation or journal entries, containing records, images, voice-over, and music. Very much orientated to a human interpretation and perspective of passed time, Horvath unleashes a universal curiosity about the very nature of an identity and the consciousness of it.

A memory’s fallible nature and inexorable time passing, create gaps that can be fulfilled with a narrative dictated by our own subconscious or imagination. Those gaps are places where Peter found a space and a fertile soil for his artistic playfulness.

Horvath’s project titled Memoir, dating back to 2009, blurs the line between the true nature of memoirs and a fiction form. A story of two women, Eva and Denise, intertwines their lives with the aim to provoke a dialogue between our conscious and sub-conscious, regarding the theme of loss or displacement. This kind of experimentation that merged reality (and, therefore – truth) and fiction, actually manipulated the scope between them, transferring so the majority of power to the fiction in memoirs, denying any negative connotation apropos its untruthful characteristic.

Peter Horvath is the co-founder of 6168.org, a site for net.art (a group of artists who have worked in the medium of Internet art since 1994), and he is also a founding member of the net.art collective Hell.com - a future of free high bandwidth. Peter exhibited in places such as the Whitney Museum Of American Art‘s Artport, Musée national des beaux-arts du Québec, Video Zone International Video Art Biennial in Tel Aviv, and the Museo Tamayo Arte Contemporáneo in Mexico City, amongst others institutions and festivals.

Passionately concentrated on memory and its deceptive nature, Horvath exerts himself to create coherent narratives, using all the material he can get, no matter how uncertain it is - compared to the truthfulness of the events. Benefiting from the new media potential, this artist expanded the
attainment of his past Dada-inspired photo-montage work, obtaining his current position in a field of new media art.

This artist is represented by Stephen Bulger Gallery from Toronto.