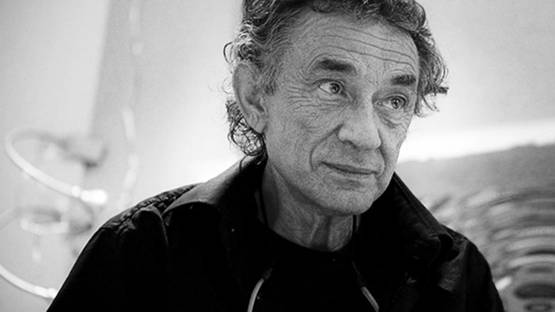 Peter Phillips is a British Pop Artists whose work ranges from oils on canvas to multi-media compositions and collages.  Vibrant in color and filled with iconography of images drawn from daily life, Peter’s work appeals to the spectator’s memory, elevates curiosity and awakens their minds to the world around them.

As one of the originators of Pop art, Phillips trained at the Royal College of Art with his contemporaries David Hockney, Allen Jones, R.B. Kitaj and others figures in British Pop Art. He presided as President of the Young Contemporaries 1961 Exhibition, hailed as a landmark in the movement. He worked and exhibited alongside fellow Royal College of Arts students like David Hockney, Allen Jones, Derek Boshier, Patrick Caulfield and R.B. Kitaj. In 1965, he had his first one-man exhibition at the Kornblee Gallery, New York.

When he was awarded a Harkness Fellowship, Peter moved to New York, where he exhibited his work alongside American counterparts Andy Warhol, Roy Lichtenstein and James Rosenquist. Phillips later returned to Europe, where continued to paint and exhibit. While his style of painting has evolved over the years, his works continue to play with the viewer’s imagination, inviting multiple layers of interpretation and hidden meaning.

Over thirty of his prints are in the Tate Collection.

Phillips resides in Europe, where he continues to paint and exhibit. He travels frequently to New York, Los Angeles, San Francisco, and Sydney.