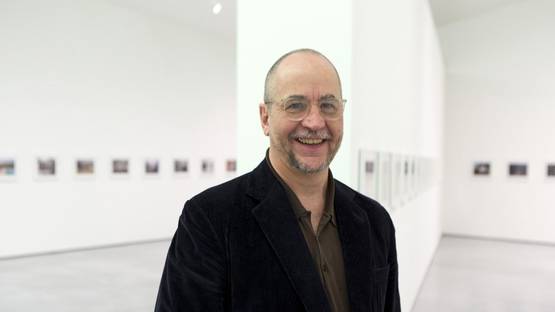 Photographer Philip-Lorca diCorcia is acclaimed for his evocative photographs of figures and street scenes, which combine both documentary and conceptual elements of photography. Born in 1951, in Hartford, Connecticut, he studied photography at the University of Hartford in the 1970s, and later at Boston’s School of the Museum of Fine Arts and at Yale University. At Yale, diCorcia photographed friends and family in shots that appear completely candid, but in actuality involved hours of staging and elaborate lighting techniques to blur the lines between the everyday and the fabricated.

In addition to pursuing his own work, diCorcia worked as a commercial photographer throughout the 1980s, creating spreads for publications including Esquire, The New York Times Magazine, and Harper’s Bazaar.

Between 1990 and 1992, he spent his time in Los Angeles, working on his Hollywood series, in which the artist paid prostitutes, hustlers, and drug addicts to pose for him in his characteristically staged, orchestrated images, often with ephemeral lighting; diCorcia titled each work with the name of his subject, as well as how much he paid them to sit for the photograph.

In later works, he photographed crowds on the streets of cities, from New York and Paris to Tokyo, placing flashbulbs at several places around a site and then waiting for the ideal moment to capture a photograph of an unknowing group, again mixing artificiality and theatricality with the spontaneous and candid. In recent series, he has focused on subjects ranging from pole dancers to New York’s urban metropolis, examining constructions of identity, reality, and artifice in his work.

DiCorcia is the recipient of a Guggenheim Fellowship, among other honors, and has held solo exhibitions at The Museum of Modern Art in New York, the Centre National de la Photographie in Paris, and the Reina Sofía in Madrid.