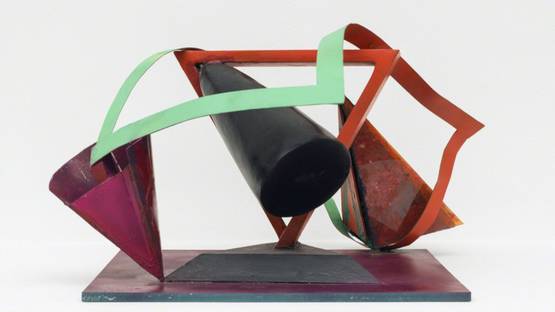 A British sculptor, Phillip King is one of Anthony Caro's best known students. They both worked as assistants to Henry Moore.

Born in 1934 in Tunis, French Tunisia, King arrived in England in 1945, and studied modern languages at Cambridge University from 1954 to 1957. Before his studies, while doing his national service, he spent much time in Paris where he met many artists. Between 1957 and 1958, he studied sculpture at Saint Martin's School of Art with Anthony Caro. The next year, King taught at St Martin’s for a year before working as an assistant to Henry Moore, where he gained experience working on a larger scale. In 1964, he had his first of many solo exhibitions at the Rowan Gallery. He has had several retrospective exhibitions, including one at the Whitechapel Art Gallery in 1968, at the Hayward Gallery in 1981, at the Yorkshire Sculpture Park in 1997, and at Forte de Belvedere, Florence in 1997. King was only the second English sculptor to be given this honor, the first being Henry Moore. He was Professor of Sculpture at the Royal College of Art, London from 1980 to 1990, and was made Professor Emeritus at the College in 1990. He went on to be elected Professor of Sculpture at the Royal Academy Schools, London in 1990, a post which he held until his election as President of the Royal Academy in 1999, a position he held until 2004.