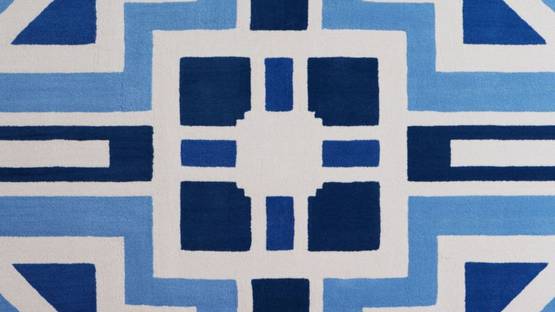 A French furniture designer and interior designer, Pierre Paulin is celebrated for his innovative interior and seating furniture design. He made his début in the 50's, creating works characterized by their crisp, organic lines and bold, vibrant color.

Born in Paris in 1927 to a French father and a German-speaking Swiss mother, Pauiln was inspired by his two uncles from an early age. One of his uncles, Georges Paulin, invented the Eclipse mechanical folding roof system and worked with Peugeot, Bentley and Rolls Royce, while the other, Freddy Stoll, was a sculptor. He first trained to become a ceramist in Vallaurius on the French Rivera and then as a stone-carver in Burgundy, which ended due to an arm injury. After a stint with the Gascoin company in Le Havre, he became interested in Scandinavian and Japanese design.

When he began designing his own furniture, he would initially stretch swimwear fabrics across chair frames. His works first debuted at the Salon des arts ménagers in 1953. His designs were characterized by the hedonistic, sinuous style that provided a new laid-back perspective on life.