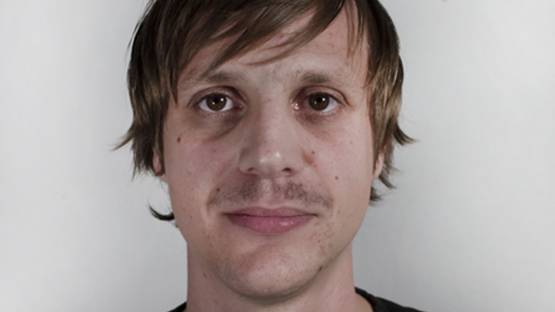 Ralf Baecker is a German artist and programmer, whose work is focused towards installations and machines which explore the poetic and artistic potential of technology. With a background in computer science, Baecker unfolds the various processes that occur underneath the interfaces of common devices and systems, turning the machines inside out and revealing its ways of working. The artist creates installations in which the user is confronted with a machine that is not under control of its own, but rather engaged in processual existence that occurs between the machine and the viewer. By translating formal systems into physical processes, Ralf Baecker investigates the relation between thinking and the world.

The Intersection of Art and Technology

Born in 1977 in Düsseldorf, Germany, Ralf Baecker has always been fascinated with science and technology. He became specifically interested in the computer science in the decade of 1990s, when this area of technology was at its beginning. Baecker enrolled into the University of Cologne in 1999, with Computer Science as his major. In 2007, Ralf received a diploma from the Academy of Media Arts in Cologne, where he studied audiovisual media at the Media Art Department.

Baecker is also a renowned teacher. Since 2007, he is working as an independent artist and teaches courses at various art schools in Germany and Europe – at the University of the Arts Bremen, College of Fine Art in Kassel, the Bauhaus University in Weimar, and ArzEZ in Arnhem, Netherlands.

In 2007, Baecker created Rechnender Raum – the inverted machine that is built as a fully functional digital computational automaton or the logic exact neural network, in other words. The machine is made as a light-weight sculpture, with skeleton-like frame structure constructed from sticks, strings and little plumbs.

The main idea behind a machine is that the core of the Rechnender Raum is inverted and moved outwards on the surface, while the display which shows the results of the tasks is displaced into the center of the system. Through its precise geometric and fragile filigree-like construction, the viewer is able to track the way of logical process from every viewpoint around the machine, following the runs of computing. Nevertheless, the inverted system turns away from the observer and carries out its computations only for itself, hidden from the human eye. In this way, Baecker makes a paradox – by making a digital process completely transparent, the result can no longer be seen.

Irrational Computing, created in 2011, represents an artistic exploration of materials, aesthetics and potentials of digital processes. Baecker developed a system of electronic circuits that use raw natural minerals like silicon carbide, galena, pyrite, and quartz. Utilizing minerals’ specific electronic properties, the artist bypassed the use of common industrial produced semi conducting components like diodes, transistors, ICs or LEDs to form a kind of primitive macroscopic signal processor. The Irrational Computing system consists of five interlinked modules in total, which use the varied electrical and mechanical particularities and characteristics of crystals and minerals.

Baecker’s latest work, called Mirage, is a projection apparatus that utilizes the principles from optics and artificial neural network research. The Mirage machine generates a synthesized landscape through a fluxgate magnetometer, registering the magnetic field of the earth and projecting the image of its unique algorithm on the wall.

VIDA Awards and Other Recognitions

Baecker’s works have been critically acclaimed through many different recognitions and honors. The artist has received several international awards, such as an honorary mention of the Prix Ars Electronica Linz in both 2012 and 2015, the second prize of the VIDA 14.0 Art & Artificial Life Award Madrid, Spain, and the stipend of the Edith-Russ-Site for Media Art Oldenburg and DOCK e.V./Schering Stiftung, Berlin.

Two of Baecker’s projects have been critically recognized at the VIDA Art and Artificial Life International Awards - The Conversation received a Special Mention in VIDA 13.0, while Irrational Computing has earned the Second Prize in VIDA 14.0.

Baecker’s unique installations and machines have been presented to a general public at several international art venues, galleries and festivals, such as International Triennial of New Media Art at the National Art Museum of China in Beijing, China, Malmö Konsthall in Sweden, Künstlerhaus Wien in Austria, ZKM Karlsruhe and Martin-Gropius-Bau Berlin in Germany, Center for Contemporary Art WINZAVOD in Moscow, Russia, and Laboral Centro de Arte Gijon in Spain.

Since 2015, Ralf Baecker is represented by NOME art gallery, located in Berlin.