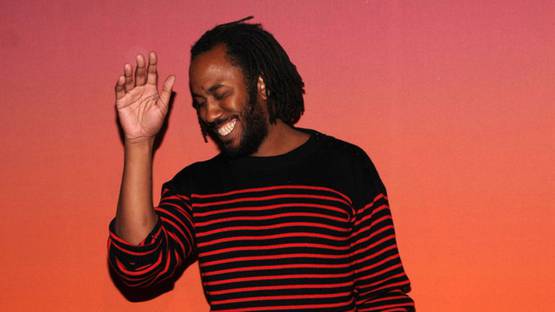 Rashid Johnson is an African-American socio-political photographer born in 1977 who produces Conceptual Post-black art. In addition to photography, he presents audio, video and sculpture art. Rashid received his BFA from Columbia College Chicago in 2000, and an MFA from School of the Art Institute of Chicago in 2005.

After obtaining his Master’s degree, he moved to the Lower East Side in New York City, where he taught at the Pratt Institute. Johnson followed a generation of black artists who focused on the "black experience" and he grew up in a generation that was influenced by Hip Hop and Black Entertainment Television. Johnson has garnered national attention for both his unusual subject matter and for his process of creation. In addition to portrait photography, Johnson is known for his use of a 19th-century process that uses Van Dyke brown, a transparent organic pigment, and exposure to the sunlight. He achieves a painterly feel with his prints with the application of pigment using broad brush strokes.

Johnson had numerous exhibitions and his most controversial one was entitled Chickenbones and Watermelon Seeds: The African American Experience as Abstract Art. The subject matter was a series of stereotypical African-American food culture items such as watermelon seeds, black-eyed peas, chicken bones, and cotton seeds placed directly onto photographic paper and exposed to light using an iron-reactive process. In 2002, he exhibited at the Sunrise Museum in Charleston, West Virginia. The exhibit, entitled Manumission Papers, was named for the papers that freed slaves were required to keep to prove their freedom. The exhibition was described as being as much a cultural commentary as an imagery display, and it related to the previous Chickenbones exhibit. Also in 2002 he exhibited his homeless men in the Diggs Gallery of Winston-Salem State University. The exhibition title was Seeing in the Dark. In conjunction with the Renaissance Society at the University of Chicago, he exhibited The Evolution of the Negro Political Costume in 2004.