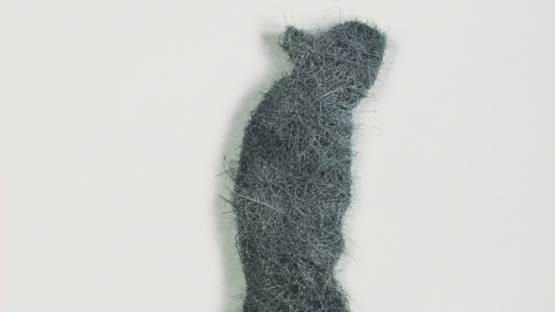 An American painter, illustrator and sculptor, Richard Ernst Artschwager is associated with was Pop Art, Conceptual art and Minimalism, although he was known for stylistic independence.

Born in 1923 in Washington D.C. to European immigrant parents, Artschwager received his love of art from his mother, who was an amateur artist and designer who studied at the Corcoran School of Art. In 1941, Artschwager entered Cornell University, where he studied chemistry and mathematics, returning to graduate in 1948 after being drafted to the World War II. Moving to New York with his wife, he began working as a baby photographer. In 1949, he studied with the painter Amédée Ozenfant in Paris for a year, abandoning art to work at various jobs to support his family, including designing and selling furniture. He returned again to art a few years later. His first solo exhibition was in 1965 at the age of forty-two at Leo Castelli Gallery.

Throughout his practice, Artschwager sought to confound art-historical categories and challenge the relationship between perception and illusion. His early career as a furniture designer is evident in his later sculpture, which often mimicked the forms of furniture. He often drew his work from utilitarian objects and incorporated commercial and industrial materials.