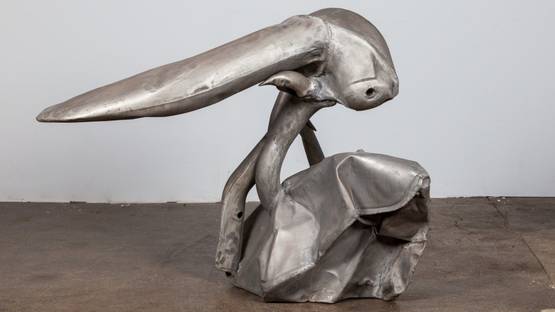 The American artist Richard Hunt belongs to the first generation of post-war sculptors. Although his practice was largely influenced by the modernist legacy, he managed to conquer new territories by developing an authentic visual language mostly based on welding pieces of metal into abstract shapes that became his signature technique.

Hunt gained wider recognition after the exhibition at the 1962 Seattle World's Fair, and one of his works was acquired by the Museum of Modern Art. Throughout his career, he continually experimented with an array of sculptural techniques, while exploring social and political aspects of both historical and contemporary themes.

Richard Hunt attended the University of Illinois in Chicago, and in 1957 he earned a B.A.E. from The School of the Art Institute of Chicago. This esteemed sculptor is the recipient of numerous awards and honorary degrees, and over the years he has produced more public works than any other artist in the United States.