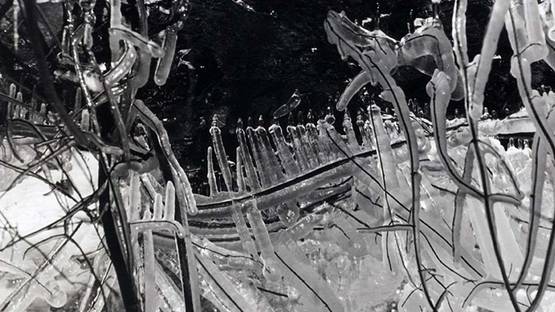 An American abstract expressionist artist, Richard Warren Pousette-Dart is most recognized as a founder of the New York School of painting. In addition to painting, his artistic output also includes drawing, sculpture, and fine-art photography.

Born in 1916 in Saint Paul, Minnesota, Pousette-Dart moved to Valhalla, New York in 1918 with his family. He attended Bard College in 1936, leaving after one semester to pursue an independent track as an artist in New York City. His first professional positions were as an assistant to sculptor Paul Manship and secretary in the photographic retouching studio of Lynn T. Morgan. His first one-man exhibition of painting took place at the Artists’ Gallery in New York in the fall of 1941. He died in 1992 in New York.

The youngest artist of the New York School's first generation of Abstract Expressionists, Pusette-Dart explored a variety of painterly styles. Deeply influenced by Native American art and textiles, he developed an interest in spirituality, dealing with traditional dualities between light and substance, spirit and body, and harmony and discord. His frenetic compositions are composed of aggregate patterns and forms, guided by an attempt to embody universal experience.