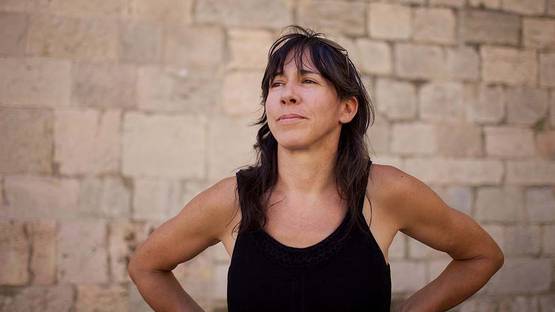 There’s a lot more to photography than simply snapping the photo - there is a myriad of details each photographer pays attention to when setting up for a photo, above all trying to denote personality and individual style. Many photographers even risk their own safety to produce some of the most iconic captures of history in the making, and it goes for the Canadian artist Rita Leistner. With a rich, prolific career already behind her, the awarded photojournalist settled down in Toronto, teaching the history of the craft with an extensive knowledge and firsthand experience.

To Lead Many Lives

Receiving her BA from the University of Toronto in 1988, one of the most known and foremost Canadian photojournalists Rita Leistner stated that the reason why she became a photographer in the first place was in order “to lead many lives.” Though the job description might allow for such a wish to be granted, Leistner didn’t feel fulfilled next to numerous awards, trips to Iraq, Cambodia, New York, and many exhibitions and lectures. Having spent a lot of time in war zones, she explains just how lonely the life of a person devoted to it can be, and after photographing subjects like the women wrestlers in America, female patients at Baghdad’s al Rashad Psychiatric Hospital, gravediggers and detainees in Iraq, and crack addicts on Vancouver’s Downtown Eastside, she finally felt saved in 2005 when she started working on The Edward Curtis Project with Marie Clements.

Increasingly drawn by story-telling, The Edward Curtis Project turned out to be far greater than even she imagined it would be. Although the whole project was sponsored already sponsored, Leistner’s role of taking photos of the native communities settled in New Mexico, Arizona, Vancouver, Haida Gwaii, and the Arctic required her own investment to complete the way that she saw fit. Documenting the people and stories, she also got to investigate the legacy of colonial photography that Edward Curtis left behind. Managing to portray the rich life of the aborigines in the Arctic, Leistner had created a series of several thousand photos, and the oeuvre and the people she met have become a part of her own story.

As part of The Edward Curtis Project, Leistner had created several thousand photos

The artistic output of Rita Leistner extends to more than just photography; including her photographs, Leistner published a number of books that often portray the war encompassed environments. One such book is Looking for Marshall McLuhan in Afghanistan and its completion is tied to Leistner’s joining the U.S. Marines in Afghanistan as a member of the experimental social media initiative titled Basetrack. Inspired by the words of Marshall McLuhan stating that “the medium is the message,” Rita Leistner portrays the interaction between photography, technology, and war by taking all of the photos with a Smartphone.

Rita Leistner portrayed the interaction between photography, technology, and war

Having moved to Toronto in 2010, Leistner accepted the position of teacher of the history of photojournalism and documentary photography at the University of Toronto, moving more towards the title of a photo-based artist rather than the one of a traditional photojournalist. Regardless of her current calling, the extensive oeuvre she created will, without a doubt, guide the future generations of photographers. With her work spanning across more than just photography, she keeps inspiring and exhibiting worldwide.

The artist is represented by the Stephen Bulger Gallery.

Featured image: Rita Leistner. All photos credit the artist.
All images used for illustrative purposes only.