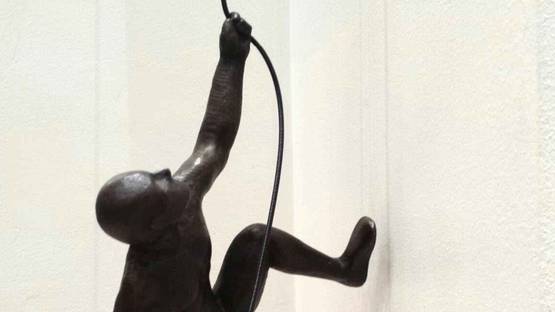 Rob Burman is a contemporary American sculptor and Special makeup effects artist, who worked on such films as The Thing, Ghostbusters, and The Fly. His father, Burman Senior, was a true pioneer in the field of special makeup effects, and would often give clay to his son to play as he was busy working on films such as The Planet of the Apes and Lost In Space. Even his grandfather, Ellis Burman, was a sculptor, having created monuments and museum pieces during the Great Depression in Nebraska. There was no doubt Rob Burman could ignore his instincts for creativity. So far, he has produced hundreds of works, from masks to monsters, from the cartoon to the ultra-realistic, with each piece having its own personality.