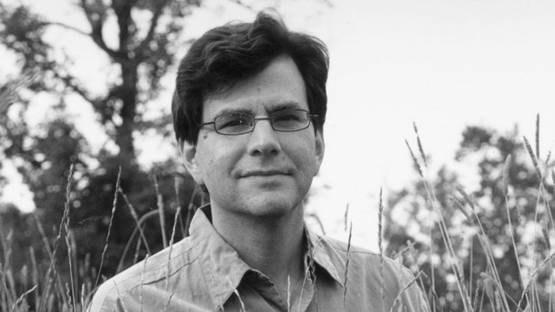 When sky becomes the Earth, when a waterfall turns into a dancing woman, when your swing takes you higher than any treetops, then you’ll know that you’ve imagined a world made out of pure imagination. Rob Gonsalves is a Canadian artist who uses delicate optical illusion to transport his viewers far away, all the way into the world of magical realism. And that world is boundless and beautiful, with endless possibilities. The artist creates breathtaking visual explorations of imagination that encourage both children and adults to dare and think past the boundaries of everyday life and see what lies beyond the horizon.

Inspired by Salvador Dalí, René Magritte, and M. C. Escher, Gonsalves demonstrates his masterful technique and the understanding of perspective. His art is often equated with surrealism, but that isn’t completely true. Even though his pieces possess some of the features that can be found in surrealism, the thought behind it somewhat differs. The recognizable human activities and the external world generate ideas, executed through carefully planned optical illusions. While surrealists address the subconscious, Gonsalves follows his personal belief that wondrous and magical experiences aren’t confined and limited to the subconscious, and projects the images that are deliberately planned and are the result of conscious thoughts. That’s why the term Magical Realism is more appropriate and can be used to describe his art more precisely. Gonsalves has an imaginary and realistic vision that is more about the imaginative possibilities than the psychology of dreams or locked up secrets of the subconscious. His attention to technical details combined with his ability to immerse the audience in his inner world makes for striking series of artworks that leave no one indifferent.

His art is very popular and leaves no one indifferent

The Longevity of the Process

Some would say that the ambition of always connecting seemingly different world is presumptuous, but Gonsalves always delivers without fail. His process, along with his abilities, is very much responsible for the success he’s encountered. An illusion isn’t a trick meant do deceive someone – it’s rather a device he uses in order to create the magical effect. Having a magical element in the composition and making it as it could happen in three dimensions and focusing on that believable realistic aspect is something that has evolved over time. The early start of the painting is developing a concept and thinking about what kind of subject matter he would try to pursue. A lot of rough sketches are being made before the artist decides what the proper concept is. Then he makes proper target drawings, altogether making for about the sixty percent of the time where he’s in that prime preparation stage. When that’s all sorted out, Gonsalves has a drawing that depicts all the important elements drawn in outline, and he can finally transfer it to the canvas. The painting that follows usually lasts for about three to four weeks, and even though it’s considerably shorter than the preparation process, the artist finds it to be far more enjoyable simply because it’s more intuitive and he doesn’t have to agonize his decisions. He takes a great deal of pleasure in making paintings that connect the things happening is nature with the human built environment, and that was actually a starting point in developing an imagery that fully expresses his affinity for the places thought of as mutually exclusive. For example, the Night Lights is an artwork that represents a fusion of the two completely separate realities that now coexist as one. The quiet lake surrounded by trees occupies the bottom of the piece, and then the viewer’s eyes are slowly carried up way past the treetops before gently landing on the brightly lit cluster of stars in the shape of Earth. When looked closely, you can actually see the cities of Europe, depicted as luminous stars.

The painting process itself is more intuitive than preparations

His Aptitude for Mathematics and Architecture Influences His Work

Daydreaming and drawing took much of Gonsalves’ free childhood time with the majority of subjects being the imagined places. The greatest joy in drawing for him was the ability to give form to something that had existed only inside of his head. Gradually, his aptitude for mathematics started influencing his drawings, shifting the focus towards buildings. By the time he was 12, he’d already learned the rudiments of perspective drawing, aided by the architectural texts he would pore over. In his teenage years, fantasy, symbolism, and surrealism in art, literature, and even music, became the focal points of his interest. The constant emphasizing on the subconscious and imagination intrigued him and actually pointed the way for some of the first paintings he produced. They were dreamlike and enigmatic, executed in the typical manner of surrealism. Due to the lack of courage, at that time, the artist didn’t perceive painting as a career path that can be realistically pursued, and his artistic activities were basically put on hold as he studied architecture and went on to work in the field for about five years. As it turned out, the job didn’t and couldn’t allow many opportunities for Gonsalves to exercise his imagination in a way he wanted to.

After a hugely enthusiastic response to his works at the Toronto Outdoor Art Exhibition in 1990, he definitely came back to the painting. He continued to produce in a surrealist vein, but with some new influences, largely due to his architecture experience. But, he shortly after felt the need to make the dreamlike, magical occurrences seem more concrete as if they could almost be felt in the physical world. Gonsalves’ first introduction to the work of René Magritte helped him crystallize the direction his own art was about to take. Magritte’s The Human Condition has a magical and wondrous experience not confined to the realm of the subconscious, but rather can be derived from our own conscious interpretation of the real world. Technically speaking, his work began to employ and explore the possibilities of the optical illusions and their variety. However, at the same time, he became more focused with regard to what he wanted to express about the subjects he was depicting. The theme of the children playing became frequent as the magical transformation in such images clearly illustrates what is happening in the minds of the characters depicted, who are so absorbed by their activity that the unfathomable begins to happen – what is imagined becomes real. Other times, Gonsalves seeks inspiration in various dualities that can be observed in life experience: human vs. natural, rural vs. urban, spiritual vs. material, light vs. dark. But, while the images rooted in these concepts employ metamorphosis from one element to another, his techniques of optical illusion are used intuitively.

His techniques of optical illusion are used intuitively

Just Be Opened to Magic

For Rob Gonsalves, the particular subject depicted and its emotional impact is crucial. The illusions are simply means to an end and must serve the overall objectives of the image. His smooth transitions from seemingly distant and different world are the true representations of the beauty that can be found in the field of Magical Realism. The magic is inevitably part of life – you just need to be open to it. Only then you can really grasp the meaning behind his paintings.