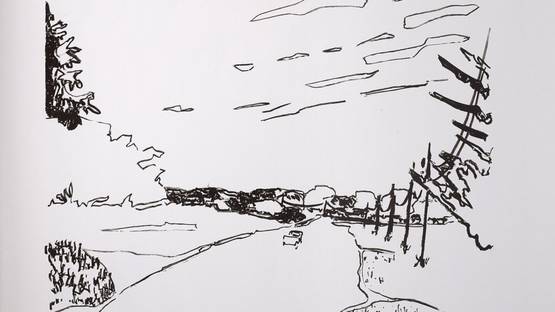 A painter, poet, and extraordinary gardener, Robert Dash is known for painting bucolic landscapes with allusions to inhabitants, but usually absent any figures. He drew inspiration for his art from the extensive gardens he cultivated on Long Island, New York.

Born in downtown Manhattan in 1934, Dash never formally studied painting. He developed a strong interest in the Abstract Expressionists, particularly De Kooning, in college. He attended the University of New Mexico in Albuquerque, in part to escape the city. After college, he worked for Arts and then Art News, while painting at night. In 1961, the first solo exhibition of his work was presented at the Kornblee Gallery.

Comparing the process of gardening to that of art making, Dash once said: “It illustrates—the same thing with painting—the unlimited possibilities in a small area, because the garden is very small. I mean you can stunningly create the new composition by just slight movement or clipping, the same way you do in painting, wipe out, and so forth.” He is also a founder of The Madoo, one of the great American small gardens of the late 20th century that is today a unique living tribute to his artistic imagination.