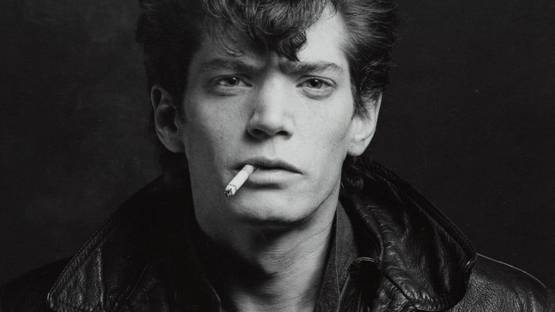 With his name forged on the list of the most era-defining artists coming from the 20th century, Robert Mapplethorpe was an American photographer known for his controversial, large-scale, highly stylized black and white images that literally changed the medium of modern photography. His arguably perfect portfolio featured a wide array of subjects and themes, including celebrity portraits, male and female nudes, self-portraits and still-life images. His most provocative work by far is that of the underground bondage and sadomasochistic scene of the late 1960s and early 1970s. The strong note of homoeroticism inside this project fuelled a national dispute over the public funding of controversial artwork and to this day remains as one of the strongly debated subjects of contemporary art. The life and work of Robert Mapplethorpe was a true cornerstone of the modern photography and the medium was never quite the same after he changed it for good.

Robert was born during the year of 1946 in Floral Park, Queens. As the artist himself stated, it was a quiet place to grow up in - perhaps too quiet, if you go by the Mapplethorpe' words: I come from suburban America. It was a very safe environment and it was a good place to come from in that it was a good place to leave. When he was about nineteen years of age, it came a time for him to move away from home. In 1963, he started studying at the prestigious Pratt Institute in nearby Brooklyn, where he studied drawing, painting, and sculpture, but mostly focused on Graphic Art as this was his major subject. Although considered a successful student, due to some unfortunate circumstances and disagreements, he dropped out of the Institute before he was able to graduate. Influenced by artists such as Joseph Cornell and Marcel Duchamp, Mapplethorpe spent his college years experimenting with a large variety of materials and sources in mixed-media collages - usually pictures he cut out of magazines and newspapers. In 1970, a year that will prove to be a real landmark for Mapplethorpe and his career, he bought a Polaroid camera and began taking his own photos, incorporating them into the aforementioned collage pieces. Robert was delighted with the results and stated that producing collages this way felt a lot more honest compared to the techniques he used earlier.

Mapplethorpe quickly found satisfaction taking Polaroid photographs independently from mixed-media and soon he stopped incorporating them into collage pieces - as a matter of fact, it seems that photos took precedent over his collages as he started devoting one hundred percent of his time to taking them. In 1970, the same year when Robert started to take more serious photographs, the artist moved into the Manhattan’s Chelsea Hotel with Patti Smith, Mapplethorpe's girlfriend he knew for about three years at the time. The two were in a complicated on-and-off love relationship but still represented each other's greatest supporters in terms of artistic expressions. Soon after moving in the hotel, Robert's career took off in a great fashion. In 1973, the Light Gallery in New York City organized Robert Mapplethorpe's first solo gallery exhibition, simply titled as Polaroids. It was an absolute success. Two years later, he obtained a professional Hasselblad medium-format camera and began taking images of his close circle of friends and acquaintances, all of whom were an artistic story in their own right - musicians, socialites, pornographic film stars and members of the S&M underground. Robert Mapplethorpe started to make quite a name for himself and was building a reputation of a rebel artist that lives for his uncompromising work. During the early 1970s, Robert frequently worked on commercial projects, designing album covers for Patti Smith's music records and creating a series of portraits for the Interview Magazine - a newspaper established by the legendary Andy Warhol.

In the second half of the 1970s, Robert Mapplethorpe's career was going nowhere but up. In 1977, he participated in Documenta 6 in Kassel, West Germany and in 1978, the Robert Miller Gallery in New York City became his exclusive dealer. And as he was quickly becoming a bigger star, Mapplethorpe's portfolio started to stand out as some of the most characteristic work out there. He stubbornly stuck to the black and white images which became his trademark by then. After he took a few pictures of the iconic Arnold Schwarzenegger in 1976, Mapplethorpe did a series on Lisa Lyon, the first World Women's Bodybuilding Champion. This was just a beginning of their collaborations - over the next several years they worked on a series of portraits and figure studies, a film and a book. At the end of the 70s, already very famous Mapplethorpe grew increasingly interested in documenting the New York S&M scene, a great taboo subject at the time. The resulting photographs were shocking for their content and remarkable for their technical mastery. Throughout the late 70s and early 80s, Mapplethorpe produced a pack of images that simultaneously challenged and adhered to classical aesthetic standards - his work was provocative and controversial, but at the same time incorporated stylized compositions of male and female nudes, delicate flower still lifes and studio portraits that looked straight out of some photographic academy. Meanwhile, his career continued to flourish and it was impossible to be a photography fan and not run into his name everywhere you looked. Robert introduced and refined different techniques and formats, including color 20" x 24" Polaroids, photogravures, platinum prints on paper and linen, Cibachrome and dye transfer color prints - and achieved all this in less than a decade.

While much of Mapplethorpe’s work was considered erotically explicit and unconventional, he also became renowned for a classic sensibility in his choices regarding light, shadow and shape in black and white. He became a true master of such balances that made his portfolio instantly recognizable. During the mid-eighties, he designed sets for Lucinda Childs' performance act Portraits in Reflection, created a photogravure series for Arthur Rimbaud's A Season in Hell and was commissioned by curator Richard Marshall to take portraits of New York artists. Unfortunately, the wild style of life simply caught up with him - Robert Mapplethorpe became a victim of the much feared and relatively unknown illness at the time, as he was diagnosed with AIDS in 1986. Despite his disease, the time Mapplethorpe spent with the dire diagnosis was the most active of his already perfect career. He accelerated his creative efforts, broadened the scope of his photographic inquiry and accepted increasingly challenging commissions. Although it may seem logical that an artist's work should become a lot darker in such circumstances, his images did not change that much during this time as they remained almost identical to the works before he was diagnosed with AIDS. The Whitney Museum of American Art mounted his first major American museum retrospective in 1988, a hugely successful exhibition organized almost one year before Robert's death in 1989. After much struggle, Mapplethorpe died on the morning of March 9, 1989, 42 years old, in Boston, Massachusetts. His body was cremated and the ashes buried in Queens, New York, in his mother's grave, marked Maxey.

Robert Mapplethorpe is widely recognized as a giant of the late century photography and today his perfect legacy is represented by several established galleries around the world, while his work can be found in the collections of some of the most important international museums dedicated to his medium. Besides the straight-out artistic and social aspects of his work, Mapplethorpe's influence on today's photography scene lives on through the work of the Robert Mapplethorpe Foundation, an organization the artist personally helped establish in 1988. Robert's vast, provocative, era-defining and powerful body of work has confirmed him as one of the most important artists of the twentieth century - as well as one of the first stops for any aspiring photographers that wish to be introduced to the artistic peaks of the medium.