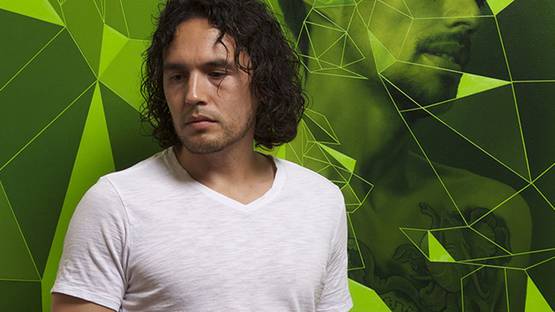 The representation of the human body in regards to digital culture in the work Robin Eley takes the central place and hence makes his works rather appealing and conceptually strong. The specific sub genre of photo realism is embodied in his paintings of nudes draped in cellophane. Due to impressive accuracy and vigor, it is almost impossible to tell that those works are not photographs. Eley is in general dealing with the matters of alienation, lack of communication, body representation and perception caused by a rapid technological progress. Therefore, the artist is moving the boundaries of the media and distinguishes himself towards more radical and engaged artistic strategies.

Robin Eley was born in London in 1978. He was raised by an Australian father and Chinese mother, which moved to Australia in 1981. Later on, Eley settled in the USA and enrolled at Westmont College in Santa Barbara, California, where he received his BFA degree in 2001. Growing up as a child of an interracial marriage, the artist embraced his heritage, as he felt that it was the thing that made him stand out. As he grew older, he started regarding his heritage less important, but in the recent times, since he started thinking about creating a family, the artist realized that our past is as important as the future.

The oil paintings of Robin Eley usually depict portraits of men and women wrapped with crinkled plastic paper. The composition is a commentary on how the digital image respectively avatar is being constructed in regards to the contemporary notion of identity. Furthermore, it can be said that these works are representations of new visual language constrained by the levels of transparency which is symbolized by this plastic veil. The growing emotional isolation in regards to human interaction is the main feature of contemporary culture. Therefore, each portrait, in particular, is delivering that concern with rich color palette and light somehow reminiscent of the Old Masters.

In order to achieve the best result, it takes much time to produce one work - between two and eight weeks which largely depends on the size of the canvas. The process itself is rather complex since it includes many preparations before Eley starts painting. First, numerous sketches and thumbnails are being selected in order to conceive the composition of the piece. The artist then is photographing the subject and arranging the photo elements on the computer, and after all of that is done he starts transferring the image to his canvas.

The apparent interest in how the notion of physical and synthetic identity is being constantly shifted led Robin Eley to pursue his investigation further, so the artist inaugurated the project simply titled Binary. The whole concept is thought as participative project respectively a Kickstarter campaign. Namely, shortly after the birth of his twins Eley has painted the moment of their birth out of 4900 aluminum pieces which will be signed, numbered and mailed to participants in the campaign. They are expected to photograph the piece with their phone, square crop the image and email it back to the artist. After the arrival, the original painting will begin to recompile as a crowd-edited, digital artwork titled Binary.jpg.

With this project, Eley went even further with his explorations of virtual culture

The Artistic And Academic Career of Robin Eley

Through the years, Robin Eley has been a finalist in various Australian art prizes, such as Archibald Prize, Doug Moran Portrait Prize, and a finalist in the Eutick Memorial Still Life Prize. Besides being the successful artist, he was a part-time lecturer at the University of South Australia, mentor at Jump Mentoring Program and the director of the Art Academy in South Australia. The painter has participated in many solo and group exhibitions. The continues interest in the effects of technology and the internet on the society made the painterly practice of Robin Eley rather innovative and in accordance with the contemporary issues.